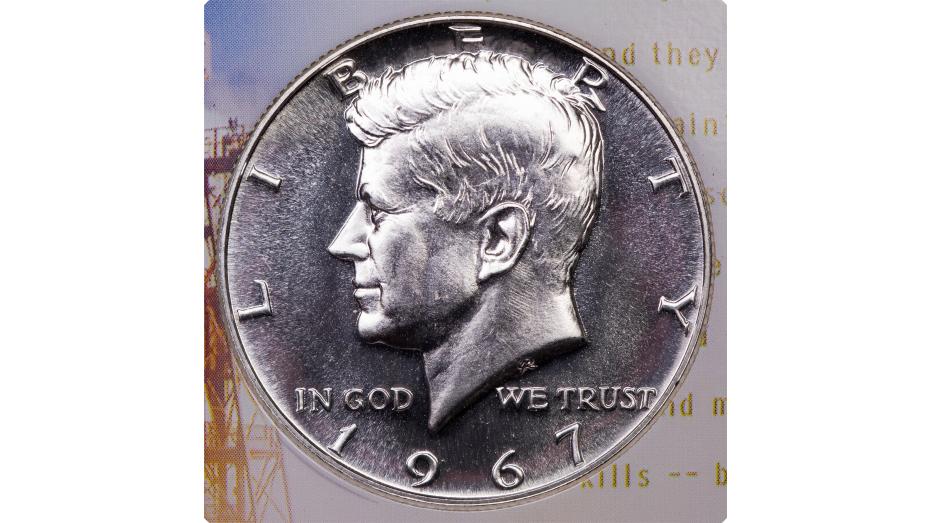 From 1965 to 1967, the US Mint struck several issues of coins known as Special Mint Sets. Meant to substitute the demand for Proof issues, these fascinating coins were struck after a combination of specific circumstances occurred.

Due to the increasing price of silver during the 1960s, the melt value of silver coins was becoming higher than the face value of the coins. As a result, the public began hoarding silver coins, which removed them from circulation. It is estimated that an approximate 460,000,000 dollars worth of silver had been removed during this period. This left the United States with a severe decrease in circulating coinage. To combat this, the U.S. Mint began striking a vast amount of silver coins. Although the mass production of silver coins managed to increase the circulating coinage, there was no way that the U.S. would be able to continue producing silver coins at this rate. If the Mint continued to produce this quantity of coins per year, then the United States silver supply would be completely depleted by 1968.

The United States Department of Treasury determined a solution to this problem. The proposed solution was to completely remove the silver content from dimes and quarters while debasing half dollars. As a result, President Lyndon B. Johnson signed the Coinage Act of 1965. Without silver content in the coinage, hoarding was effectively eliminated.

In order to focus solely on increasing the amount of circulating coinage in the country, the U.S. Mint decided not to strike Proof Sets and Uncirculated Mint Sets. Instead, Special Mint Sets were struck with much lower mintages.

Special Mint Sets were struck from 1965 to 1967 and included one example each of the standard circulating United States coinage. The coins included in these sets were the Lincoln Cent, the Jefferson Nickel, the Roosevelt Dime, the Washington Quarter, and the Kennedy Half Dollar. In many ways, Special Mint Sets are similar to Proof Sets, which began production in 1936 and Uncirculated Mint Sets, which began production in 1947.

Throughout the three years that Special Mint Sets were produced, they had a rapid evolution. In early 1965, most coins from Special Mint Sets had satin finishes, which made the coins distinguishable from standard circulated coins. By late 1965, the coins began displaying a finish more akin to the reflective brilliant finishes on proof coins. To achieve this brilliant finish, the dies were being heavily polished, which sometimes led to the complete erasure of some design details. The United States Mint was able to refine this process by 1967 so that the polishing was done heavily enough to display a brilliant finish without erasing any design element details.

Although the first official Special Mint Sets were struck in 1965, there are “special strike” coins from 1964 that are very similar. Like Special Mint Set coins, these 1964 coins do not exhibit standard Uncirculated or Proof finishes. It is uncertain why these coins were struck or how they left the U.S. Mint, but they are known to be very rare and to sell for incredibly high premiums.

From the Mind of Thomas Jefferson: A Gift for America's Early Ally
RCTV Coin Chronicles: The Numismatic Newsletter - 4th Edition of 2022