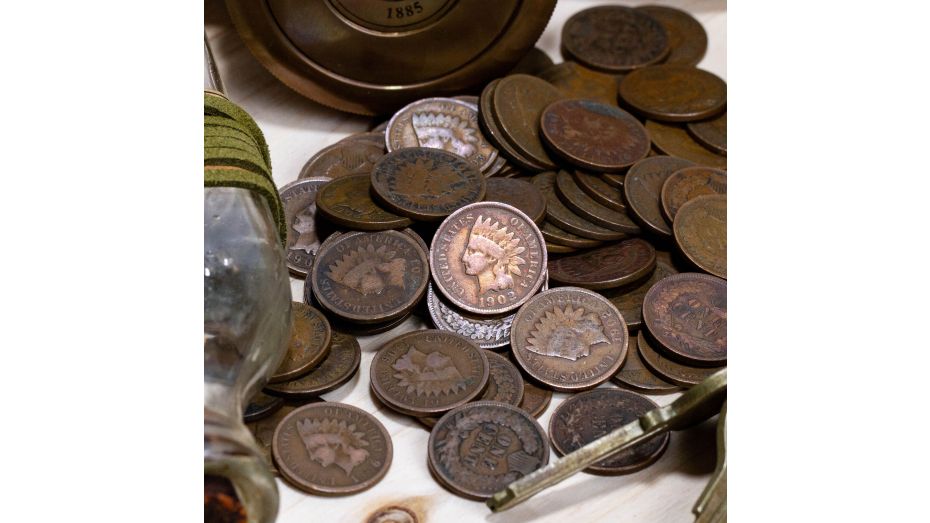 Few have left an impact on American coinage like that of James Barton Longacre. Best known for serving as the fourth Chief Engraver of the United States Mint from 1844 until his passing in 1869, Longacre also has an impressive resume of incredible coins he gave our country, including the Liberty Head Gold Double Eagle. Longacre practically performed a complete overhaul of US coinage, and here is a chance to learn about the coins he brought to life.

The massive influx of gold into the economy during the California Gold Rush warranted new denominations of gold coinage. Thus, the gold double eagle and $1 gold coin were born. The Liberty Head Double Eagle held the largest denomination of any coin in US history at that point, and it became symbolic of America’s growth to a global superpower. The $1 coin originally followed the Liberty Head tradition, but it was modified to depict Lady Liberty in a Native American headdress in 1854.

The $3 gold piece was introduced in 1854 for the purpose of easing a purchase of 100 postage stamps. These unique coins were primarily owned by people of means. Today, they are largely used by collectors to fill gold type sets.

The Flying Eagle Cent was perhaps the most stunning design Longacre ever produced throughout his prolific career. The Flying Eagle obverse was so remarkable it even gained acclaim from the great Augustus Saint-Gaudens. In a letter to President Roosevelt, Saint-Gaudens wrote, “[I] was so impressed by it that I thought if carried out with some modifications, nothing better could be done. It is by all odds the best design on any American coin.” If you look at the reverse of the Saint-Gaudens Double Eagle, you will see an undeniable resemblance to Longacre’s original work.

The Indian Head Cent was one of the most beloved coins to ever circulate in the United States. The series ran from 1859 until it was retired fifty years later to open the way to the Lincoln Cent. The numismatic lore long contended Lady Liberty was modeled after Longacre’s daughter, Sara, after she playfully wore a Native American headdress while visiting her father at the Mint. Though this myth has been disproven, Longacre confirmed his daughter did, in fact, pose as his model for Liberty.

Amidst the turmoil of the Civil War, coins were hoarded by citizens because of their precious metal content. To combat hoarding, the government authorized new coinage be struck from common metals such as copper. The two-cent piece was among the new coins introduced, but a lack of popularity resulted in its suspension by the Coinage Act of 1873.

Like the $3 gold piece, the three-cent silver piece was created due to the new price of postage. These three-cent pieces were intended to serve as a convenient means of purchasing one stamp. During the Civil War, a three-cent nickel piece was also introduced as a measure against hoarding. Ultimately, neither three-cent piece was deemed necessary and both were discontinued within a couple of decades after the war.

The Shield Nickel was the first US five-cent piece struck from copper nickel. As was the case with the two and three-cent pieces, this was a Civil War Era measure against hoarding. The Shield Nickel was the first coin to bear the motto “In God We Trust,” stemming from a government official’s belief that a reminder of God could serve the nation well amidst the hardships of the war.

Today, James B. Longacre is held in the same regard as all the greats of numismatics. After all, what more validation would one need than acclaim from the great Augustus Saint-Gaudens? As a pioneer who spearheaded so many new denomination and motif styles, Longacre’s legacy will forever live in numismatic legend.