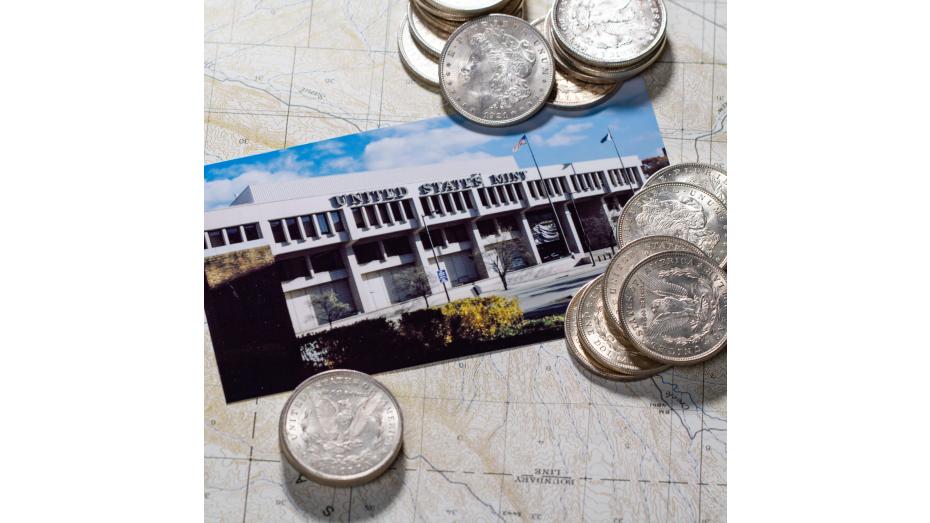 Philadelphia Mint US Mint Mint
Posted in: News, News
By RCTV
More from this author

The Fourth Philadelphia Mint: A Continuation of American History

Throughout its history, the Philadelphia Mint has been housed at four different locations. This week, we celebrate the laying down of the cornerstone of the fourth location on September 17th, 1969. Since its inception in 1792 at the intersection of Seventh Street and 631 Filbert Street in Philadelphia, the Mint has played a central role in the history of American coinage. In 1833, and again in 1901, the Philadelphia Mint relocated to accompany the need to expand and improve production, much like how the United States expanded and grew from a small handful of thirteen former colonies to the powerful nation it is today.

In 1969, the Philadelphia Mint relocated once more, this time just two blocks from the site of the first mint, on 151 N Independence Mall. Opening on August 14th, the Philadelphia Mint was the largest mint ever constructed in the world and retains that distinction to this day. Designed by the architect Vincent G. Kling, the Philadelphia Mint covers 650,000 square feet, and employs 462 workers, ranging from office staff and technicians to coin designers and sculptors. In addition to designing the Mint, Vincent Kling contributed to many of the notable landmarks around Philadelphia, including Five Penn Center, Centre Square, and the Annenberg Center for the Performing Arts.

Since its construction, the fourth Philadelphia Mint has continually updated and improved its technology and techniques, and today is capable of striking one million coins in just thirty minutes! In a single day, the Mint can produce 35 million coins. This incredible rate of production requires 50,000 dies every year, which are produced on-site at the Philadelphia Mint as well. In fact, all dies used at each of the U.S. mints are produced in Philadelphia, making it the beating heart of the Mint’s operations.

For all its modern advancements, however, the Philadelphia Mint maintains close connections to its past as well. Along with being situated so close to the original site of the Mint, the Philadelphia Mint also features a gorgeous stained-glass mosaic designed by Tiffany & Co. The mosaic was actually originally situated in the current building’s predecessor before it was painstakingly removed and installed at the new location, connecting the two buildings and maintaining the celebrated legacy of the Philadelphia Mint.

At Rare Collectibles TV, we offer a wide range of coins in incredible condition, including countless examples from the Philadelphia Mint.