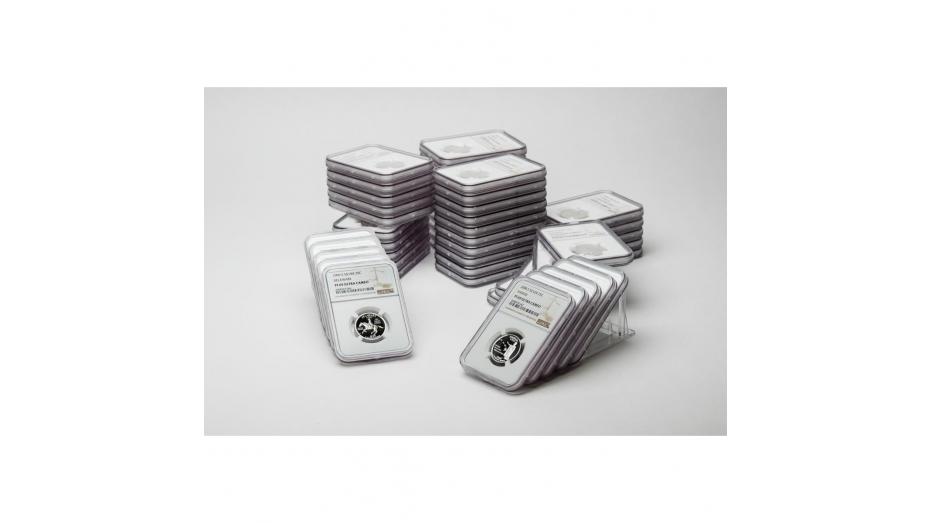 The 50 State Commemorative Coin Program Act was signed by Bill Clinton in 1997. Just two years later, in 1999, the minting of 50 uniquely designed quarters began. Each one of these quarters is specifically designed with a state in mind. As a result, the reverse of each of these 50 quarters showcases a specifically tailored design that is emblematic of a state’s unique history, traditions, and symbols. The order that these coins were released was the same order that their respective states gained statehood in America. This complete set of State Quarters includes each of the 50 quarters struck for the State Quarter Program, all graded a nearly perfect Proof 69 UCAM by NGC.