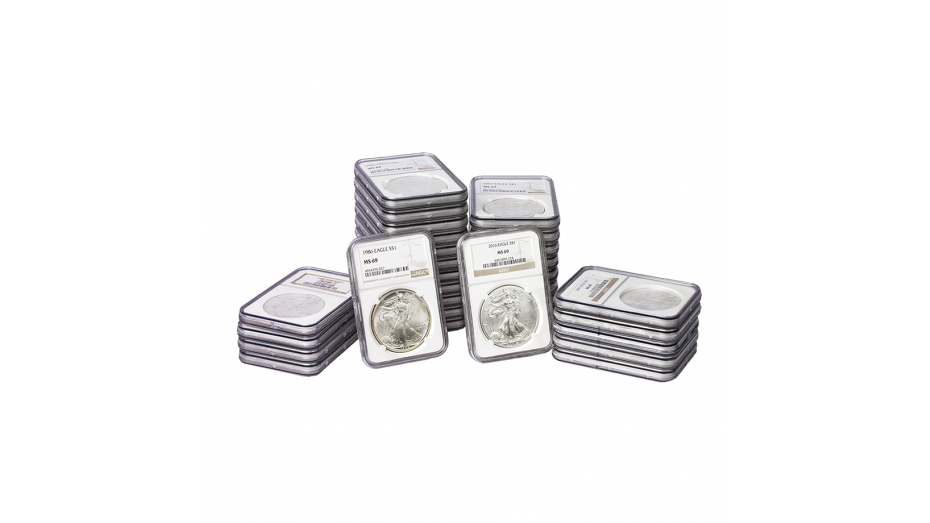 More About the Set of 31 American Silver Eagles NGC MS69

The American Silver Eagle began production in 1986 and continues to be minted to this day. This nearly completed American Silver Eagle set includes every year from the series’ creation in 1986 to its 30th anniversary in 2016. Each of the stunning thirty-one coins in this set is graded an almost perfect Mint State 69 by the Numismatic Guaranty Corporation (NGC). Shortly after first being struck, the American Silver Eagle quickly became one of America’s favorite silver coins, surpassing even the Morgan Silver Dollar in popularity. The obverse of this coin boasts Adolph A. Weinman’s iconic design of Walking Liberty, which was originally displayed on the half dollar from 1916 to 1947. The reverse of these coins depicts John M. Mercanti’s rendition of a fearless heraldic eagle. All of these American Silver Eagles are 40.60 millimeters in diameter and struck from 1oz of 99.9% pure silver.