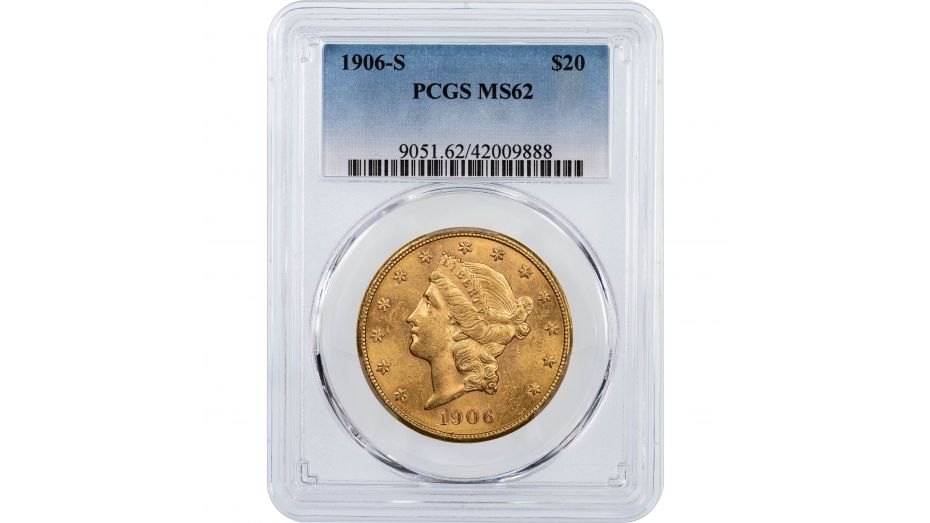 On April 18, 1906, the City of San Francisco was devastated by the greatest natural disaster it had ever seen. At 5:12 AM, before most residents were even awake to see the morning fog roll in from the Bay, an 8.2 magnitude earthquake shook the city for 42 seconds that seemed like eternity. The quake was followed by rampant fires that roared for days on end. When it was all said and done, approximately 25,000 buildings were destroyed.

In nothing short of a miracle, the old San Francisco Mint, famously dubbed “The Granite Lady,” withstood the tragedy. This is attributed to two primary factors.

First, the Mint was built on a six-foot thick foundation of solid granite. This kept it firmly planted in the ground, despite the earthquake’s best efforts to dislodge it.

Secondly, just two weeks before the earthquake, Mint employees had installed a cistern that connected to an artesian well beneath the building. This onsite water source allowed Mint employees to heroically fend off the fires they approached the building.

“For several hours, as this horrendous fire was raging around the Mint, the Mint workers took turns watering off the top of the building and putting the fire out anywhere it started around the building,” explained San Francisco historian Daniel Bacon.

Scorching temperatures from the fires caused many sandstone panels of the Mint’s exterior to expand and explode off the building, but the Mint workers persevered.

“You can imagine what it must have been like for those men to hear the roar of the fire and the explosion of those pieces popping off,” said Bacon. “But they held their ground for several hours until finally, the fire started to die down.”

Though blackened by soot and battered by flames, the Mint stood tall with its coin and bullion reserves completely preserved in its basement.

The Mint’s survival was absolutely crucial for San Francisco’s path to reparation. As all other major financial institutions in the city had been destroyed, the city and its citizens relied on the Mint’s coinage and bullion for survival and rebuilding. In addition to its monetary contributions to the city, the Mint also served as a place of refuge for those who had lost their homes.

The Granite Lady closed operations upon the opening of the current Mint building in 1937, and it was designated a National Historic Landmark. While it may not serve a functional purpose today, its role in restoring the City of San Francisco will never be forgotten. Rare Collectibles TV proudly offers a variety of gold and silver coinage struck at the San Francisco Mint over the years.