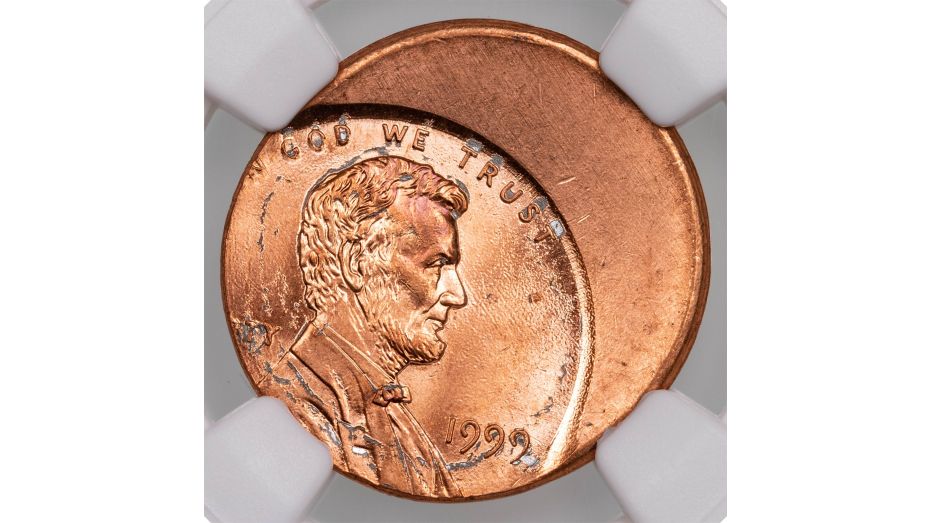 Since the dawn of coin collecting, error coins have gained some of the highest praise in the hobby. There are eight different major error varieties you may encounter on your collecting journey. Any of these errors can warrant a handsome premium, so it is incredibly useful to be able to spot one when you see it.

Die break errors appear when coins are struck from dies that have been so overused that they crack or chip. These blemishes are then transferred to the coins. A common form of a die break error is a cud, which is a raised hunk of metal on the coin’s surface.

Misaligned and rotated die errors are quite as simple as they sound. A misaligned die error occurs when a die is not properly aligned with the chamber in which the blank coin planchet is held. The result is a coin whose strike is off center and is sometimes missing design elements. A rotated die error appears when one side of the coin is not oriented to match its other side. So, if a coin’s obverse was perfectly vertical, its reverse would be turned more horizontally- or even completely upside down!

Die Clashes occur when a blank planchet is not fed into the striking chamber and the two dies collide into one another. Each die’s design is then imprinted on the other, and the coins struck from those dies will display the altered designs.

In the animal kingdom, a mule is a hybrid animal bred from a horse and a donkey. In numismatics, mule means something similar. A mule coin is one which was struck from one coin’s obverse and a completely different coin’s reverse. Thus, the hybrid coin is appropriately, and humorously, named.

One of the most popular mule coins is a 2000 dollar-sized coin that displays the Washington Quarter obverse and a Sacagawea Dollar reverse. The Mint confirmed this error occurred after a cracked Sacagawea Dollar obverse die was mistakenly replaced by that of the Washington Quarter. 18 of these coins are known to exist, with one selling for a whopping $155,250 in 2000!

Off-center errors result when planchets are not properly centered in their chambers. Only a portion of the planchet is impressed by the die, with the rest being left blank. An off-center error differs from a misaligned die error in that the former error occurs on both sides of the coin, whereas the latter error affects only one side.

Now, the next time you’re inspecting your pocket change, you will be well equipped to identify several different errors that may appear. Keep an eye out, as any one of these will make for an excellent piece in your collection.