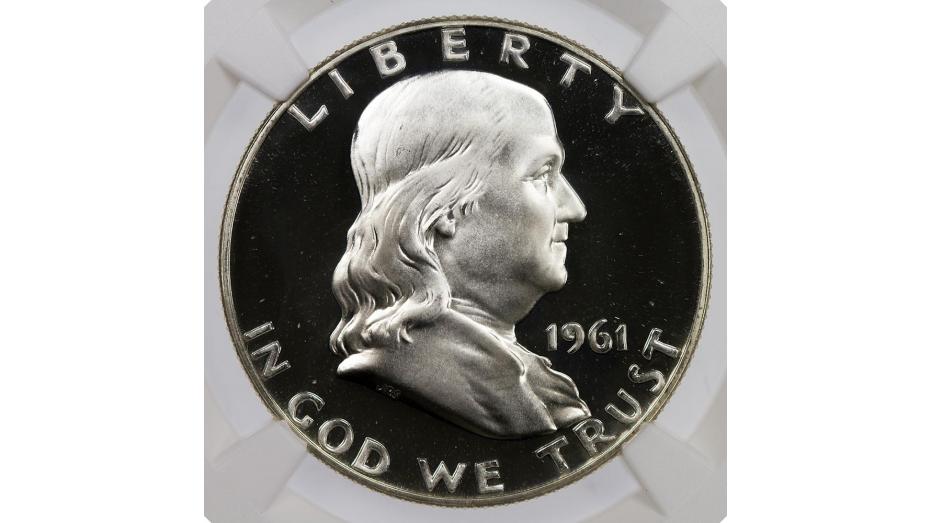 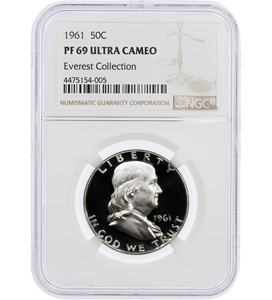 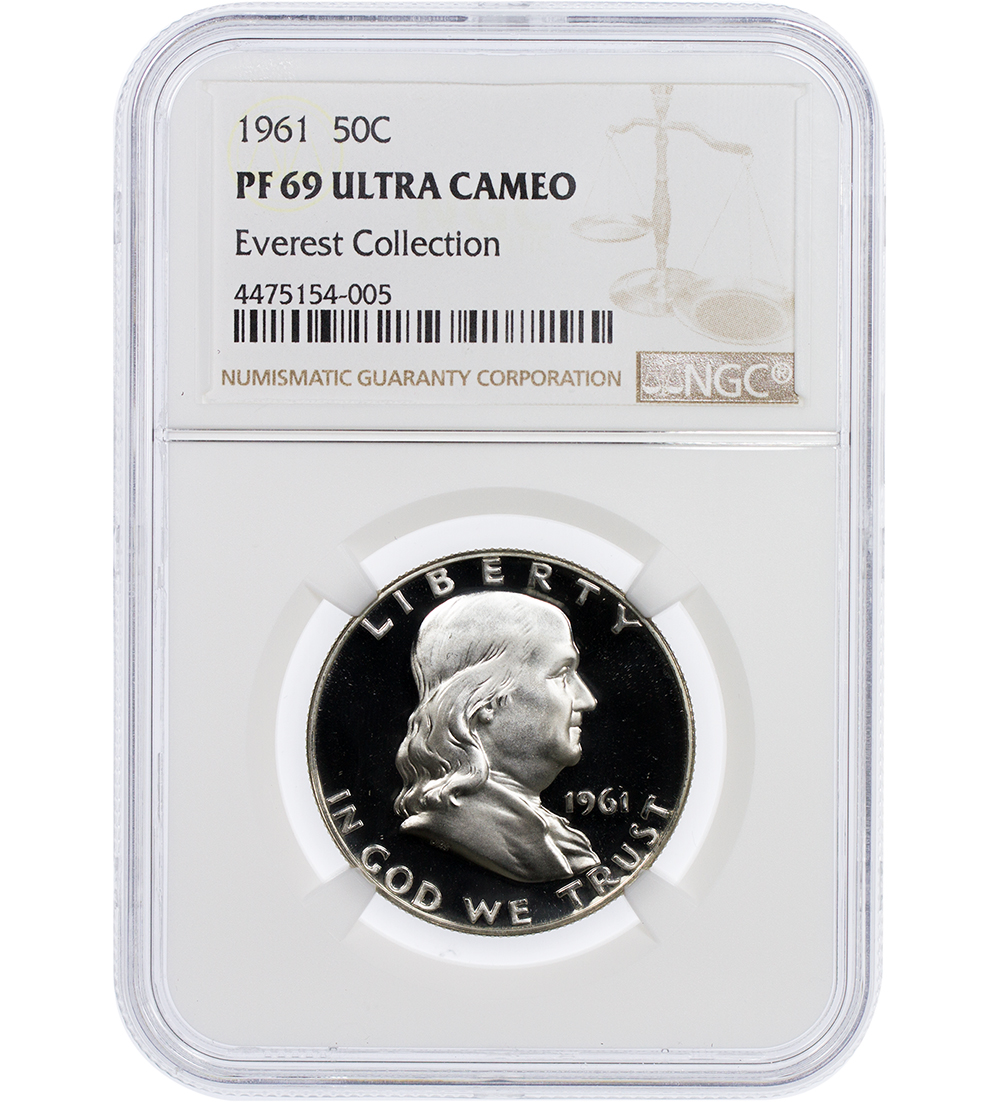 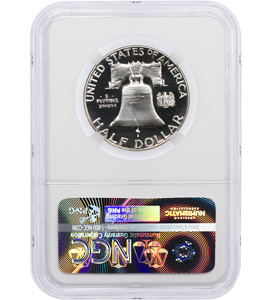 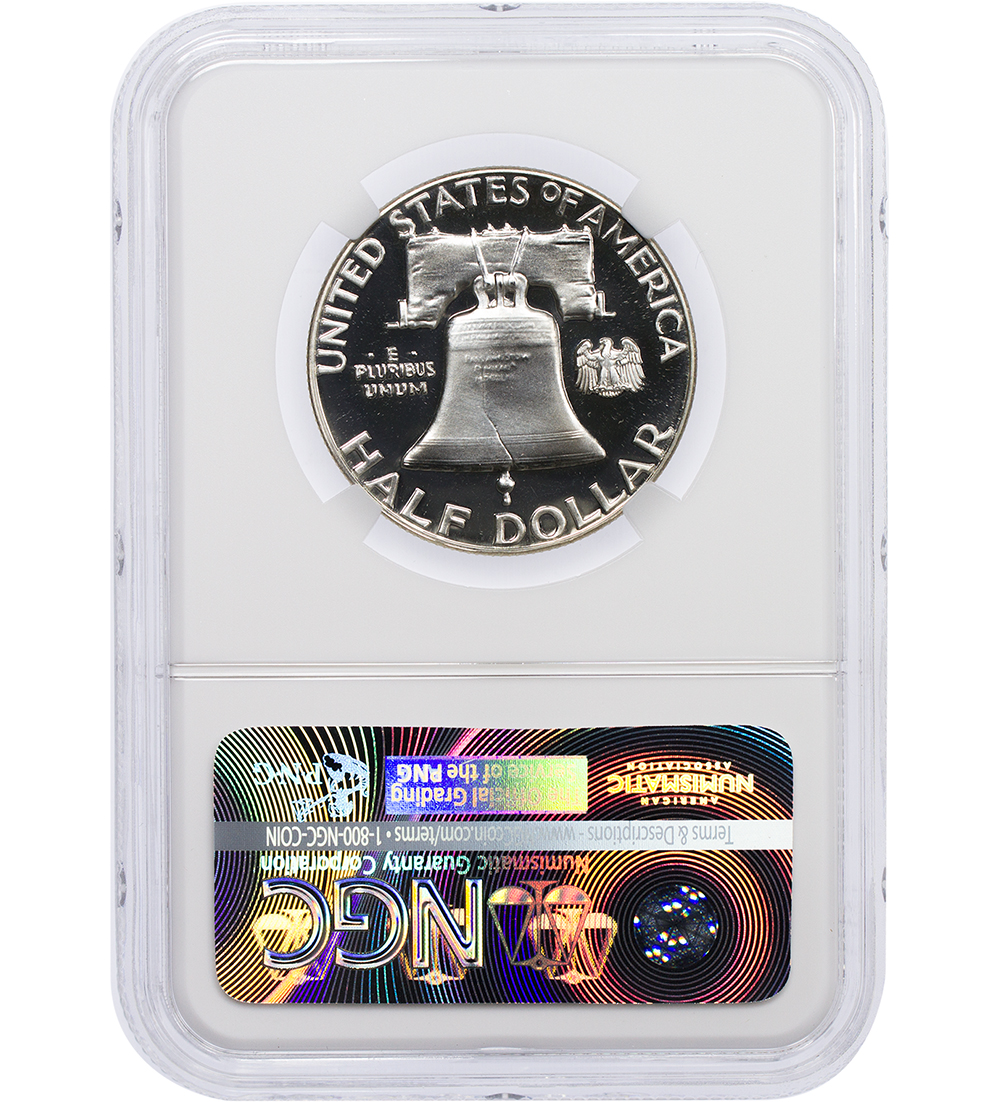 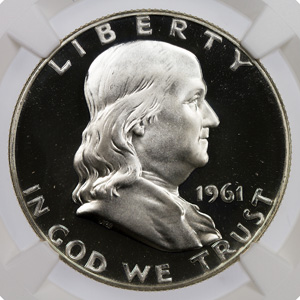 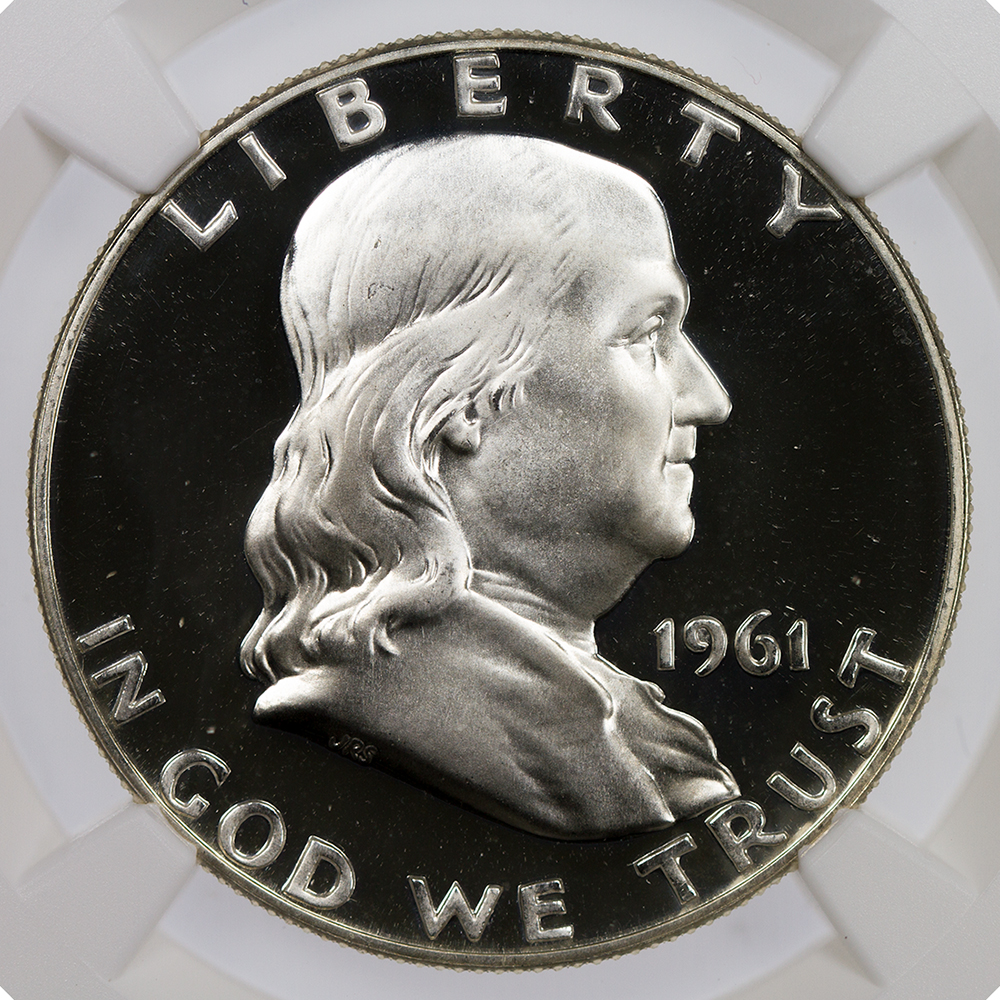 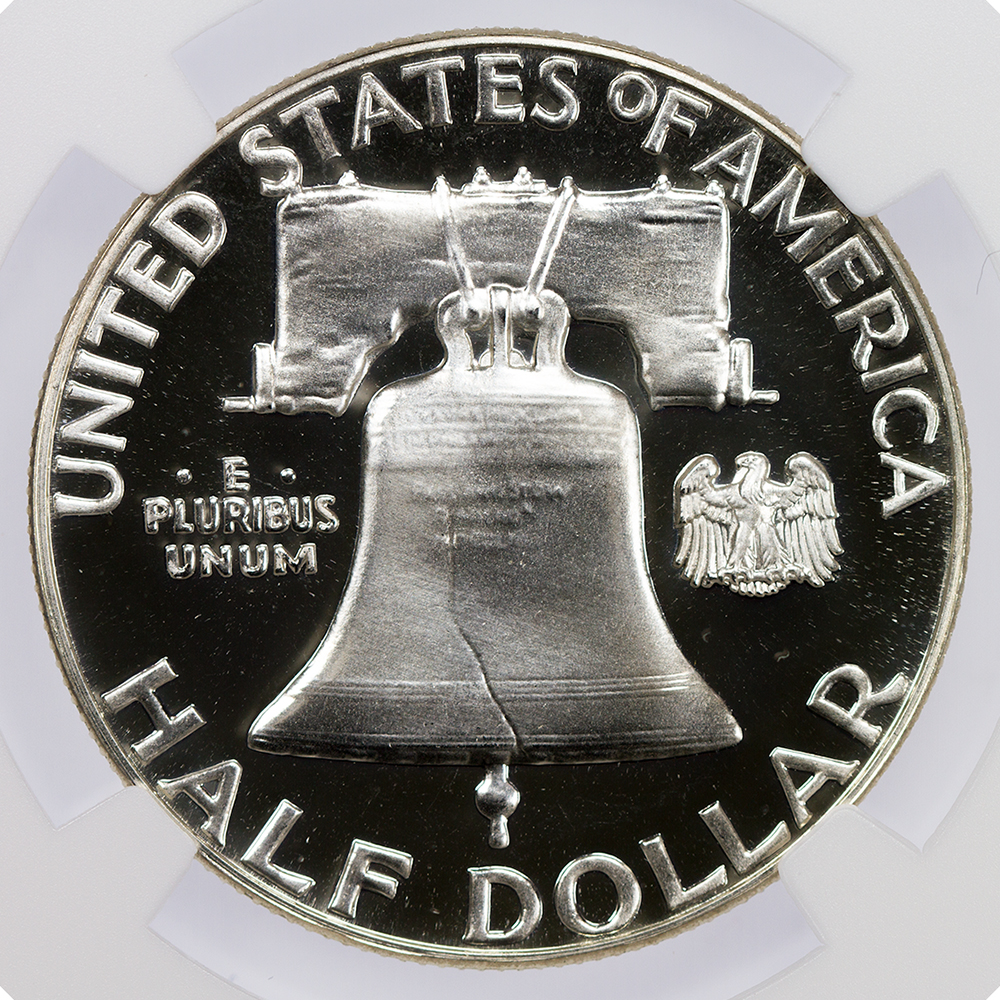 With a mintage of 3,028,244, the 1961 Proof Franklin Half Dollar doesn’t appear to be anything particularly special at first glance. This changes when taking into account the Conditional Rarity of this issue. 1961 has many examples in Gem condition, but when moving into the Superb Gem range, especially Proof 69, this coin becomes incredibly rare. The rarity of a highly graded 1961 Proof Franklin compounds when it is given an Ultra Cameo designation. Proof examples of the 1961 Franklin Half Dollars often only exhibit strong cameo contrast on the obverse, but not the reverse. This leads to many examples being given Star designations instead of UCAM designations. With only 2 PCGS examples grading Proof 69 UCAM and 8 NGC examples grading Proof 69 UCAM and no examples grading higher, this 1961 Franklin in Proof 69 UCAM is something that not many numismatists can acquire. This heavily frosted, finest known example of a 1961 Franklin Half Dollar was placed with a client by Rare Collectibles TV’s Private Advisory Coin Team.