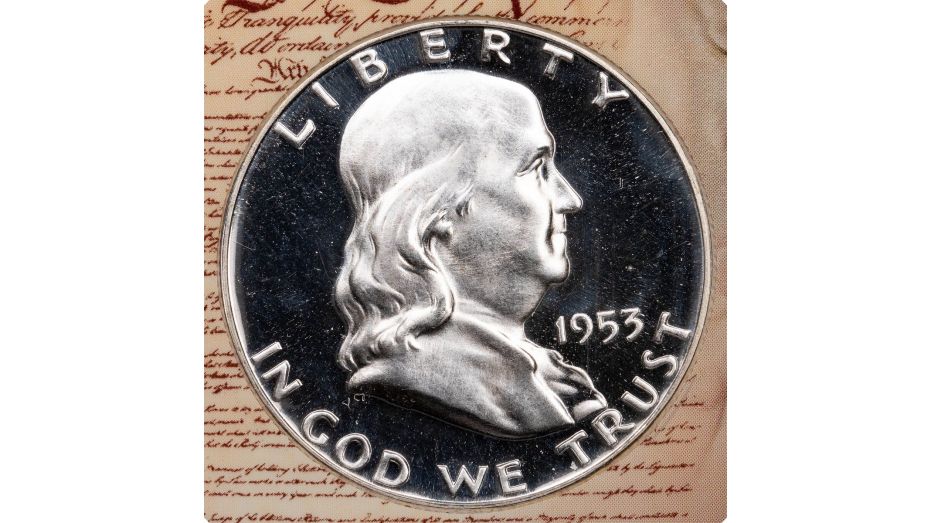 The Franklin Half Dollar is one of the most well-known coin series in the history of US numismatics. Rick Tomaska has dedicated his life to unearthing knowledge on the half dollar series, as he detailed in his book “Cameo and Brilliant Proof: Coinage of the 1950 to 1970 Era”. This Proof Franklin comes from 1953 and has a mintage of only 128,800 examples. Of those, only 6 have been graded in Proof 68 Ultra Cameo condition. But this example also holds the distinction of being identified as coming from one of the top dies, as defined by Rick Tomaska. Early strikes from these dies are considered to be among the most exceptional in terms of their cameo contrast. In this category, only one example of the 1953 Franklin Half Dollar in PF68 UCAM condition has been housed in Rick Tomaska’s Signature Series holder, indicating that Tomaska himself considers this coin to have the best eye appeal for it’s date and grade. Beyond the Absolute and Condition Rarity, this coin is one of the finest known and is recognized by the Cameo King himself as one of the best looking coins of the series.