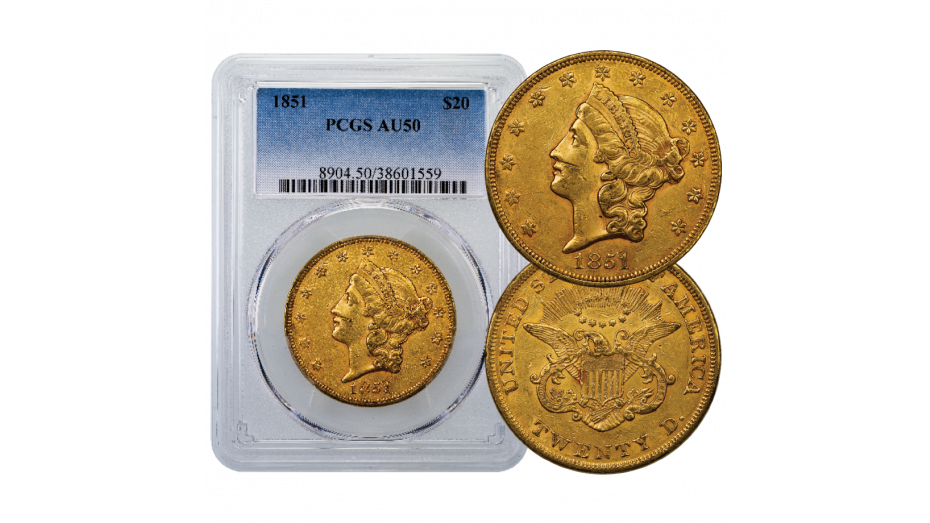 With the discovery of vast quantities of gold in California during 1849, Americans from all over the country packed up their belongings and began the over 2,000 mile journey westward in hopes of supporting their families. As a result of the large amounts of gold brought into the American economy by the California Gold Rush of 1849, the first coin of the Double Eagle twenty dollar series was struck.

These rare gold coins became even rarer when President Franklin Delano Roosevelt signed Executive Order 6102 in 1933. This executive order was meant to help boost the declining American economy by recalling public gold and melting it back down. Due to the large amount of gold that was seized from the public at this time, coins like the 1851 Liberty Head Gold Double Eagle became even more limited than they already were. Acquire your very own 1851 Liberty Head Gold Double Eagle in AU50 condition for only $3,295!