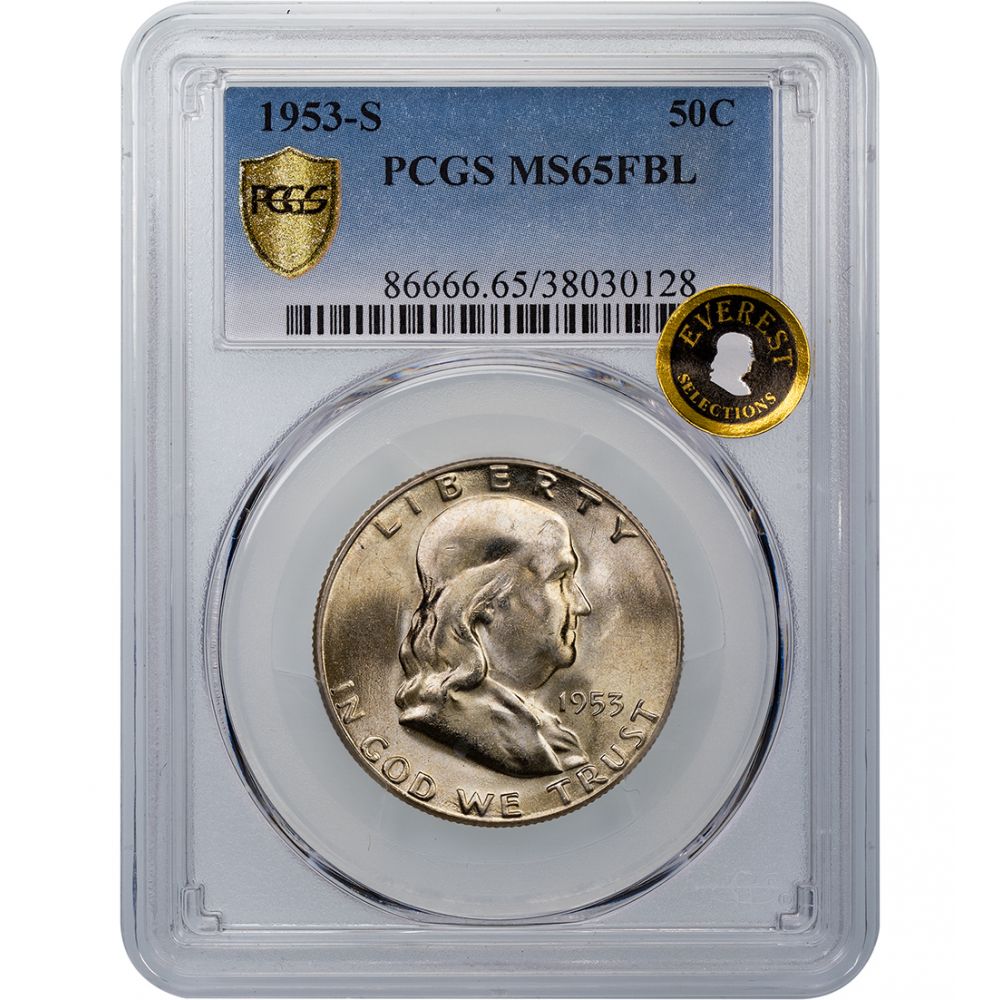 Among the most extraordinary brilliant 1953-S Full Bell Lines Franklins I have ever handled!!! This jewel borders on perfection. Very conservatively graded, with sharp bell lines, and full glimmering cartwheel luster.

Only 22 examples have been certified by PCGS. That number has barely nudged the past 10 years. The 1953-S is simply a notoriously weakly struck date, almost impossible to find in fully struck “Full Bell Lines” condition.

Building a brilliant mint state Franklin set in gem MS 65 with Full Bell Lines borders on the impossible….because of this one date – the 1953-S. There are many rare dates in MS 65 FBL in the Franklin series, but without question the 1953-S is the EVEREST of Franklins in terms of condition rarity. There is no close second!!!

It has been many years since I have handled a brilliant 1953-S Franklin of this caliber.