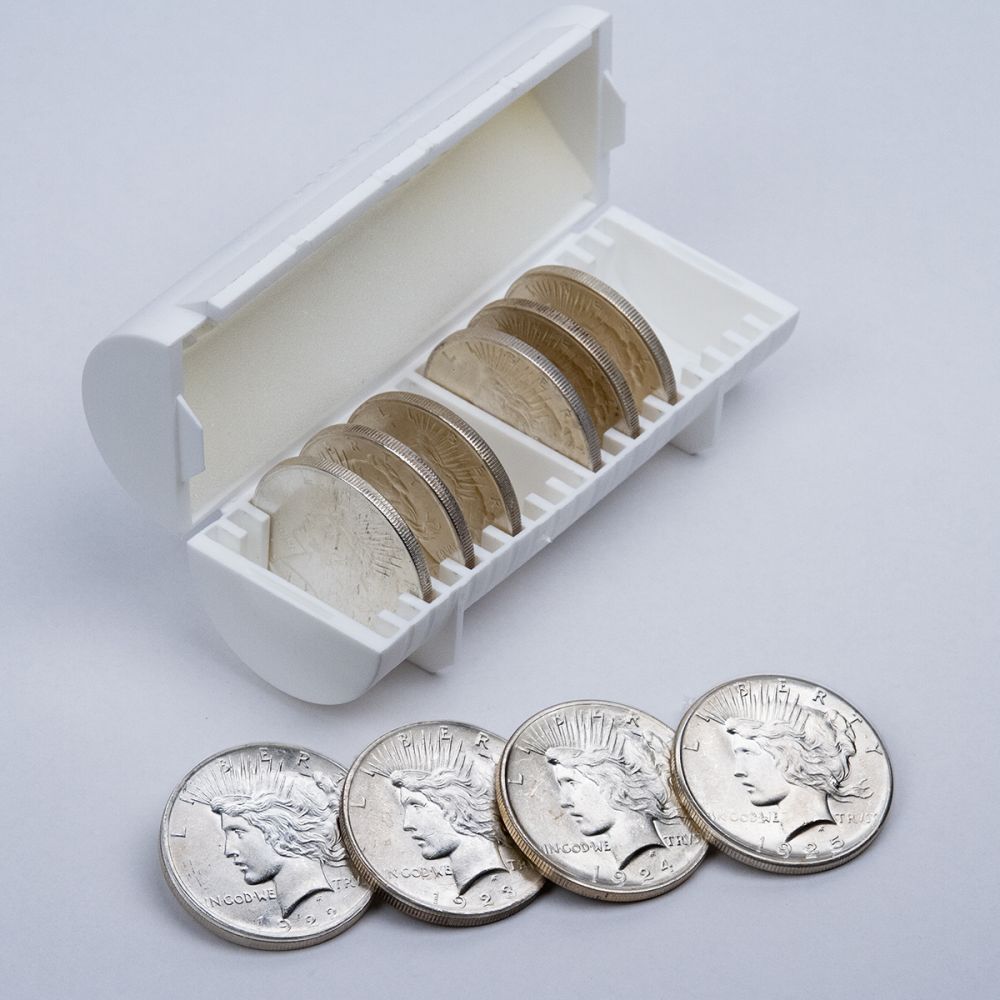 After four devastating years of intense and deadly battling, the Allied Powers of the United States, France, and England had prevailed over the Central Powers of Germany, Austria-Hungary, and the Ottoman Empire. World War I had finally come to an end. Now that the catastrophic combat of World War I had concluded, the United States Mint began working on a new Silver Dollar. A symbolic dollar of unparalleled significance and unmatched beauty. Not only did this new Silver Dollar have to be designed with the important mission of celebrating the restoration of peace to earth after World War I’s destructive path had ceased, but it also had to replace the mesmerizing and beloved design of the Morgan Silver Dollar.

Anthony de Francisci, the designer of this iconic Silver Dollar, triumphed in his mission to produce this monumental coin, which was minted from 1921 to 1928 and once again from 1934 to 1935. Today, this stunning coin is cherished as one of the greatest feats of the American Coin Renaissance of the early 1900s. The stunning imagery on this coin is symbolic of the new, peaceful beginning that the world would now embark on. Struck nearly 100 years ago, Silver Peace Dollars in Brilliant Uncirculated condition are only available in limited quantities. Today, you can add a roll of 10 Super Silver Peace Dollars to your numismatic collection for just $529 dollars!