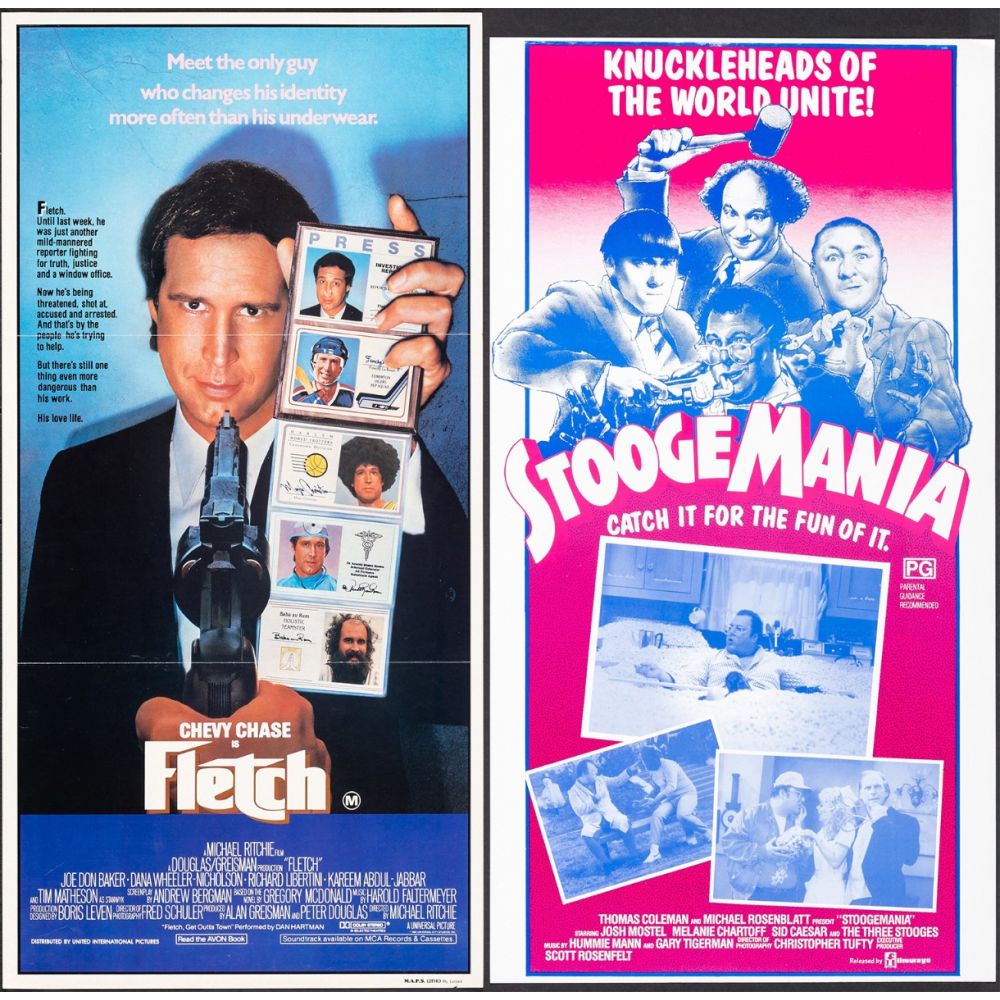 Starring Chevy Chase, Joe Don Baker, Dana Wheeler-Nicholson, Richard Libertini, and Kareem Abdul-Jabbar. Directed by Michael Ritchie. Included in this lot with the Australian daybill for Fletch are Australian daybills for Stoogemania (Atlantic Releasing, 1986) and City Slickers (Columbia, 1991) and inserts for Wanda Nevada (United Artists, 1979) and The Cannonball Run (20th Century Fox, 1981). Unrestored posters with bright color and clean overall appearances. They may have general signs of use, such as light edge and fold wear, minute tears, slight creases, or unobtrusive smudges. Although Fletch and City Slickers have previously been folded, the posters in this lot will be shipped rolled.

Irwin M. Fletch Fletcher is a newspaper reporter being offered a large sum to off a cancerous millionaire, but is on the run, risking his job and finding clues when it's clear the man is healthy.