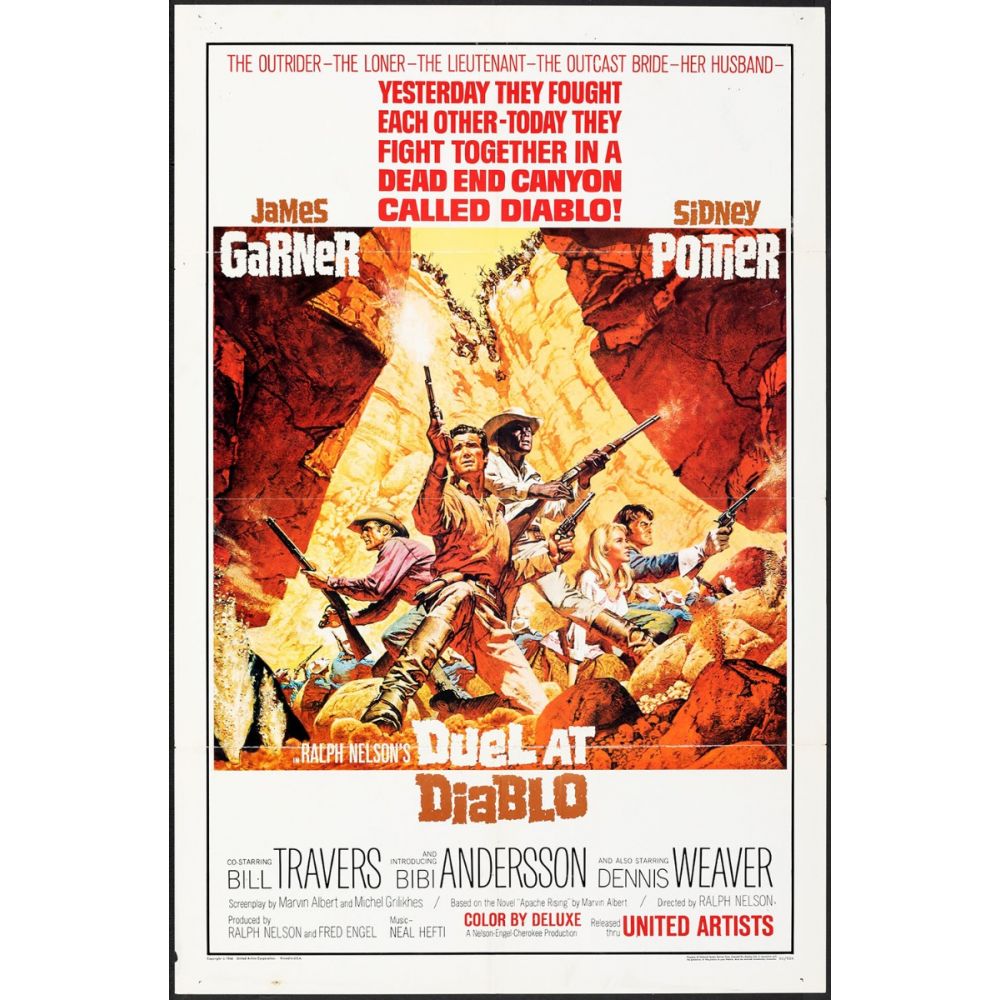 Starring James Garner, Sidney Poitier, Bibi Andersson, Dennis Weaver, Bill Travers, William Redfield, John Hoyt, John Crawford, Eddie Little Sky, and Richard Farnsworth. Directed by Ralph Nelson. Included are one sheets for The Sheriff of Fractured Jaw (20th Century Fox, 1959), Law of the Lawless (Paramount, 1964), Invitation to a Gunfighter (United Artists, 1964), and Showdown (Universal, 1963). Unrestored posters that display signs of use. They may include slight edge or fold wear, some fold separations, chips and tears in edges or folds, small smudges or stains near borders, very faint fold or edge toning, some tape stains, and minor surface or handling wear. The Sheriff of Fractured Jaw has large top-center fold separations and a half-inch wide misfold in the vertical center fold.

In Apache territory, a supply Army column heads for the next fort, an ex-scout searches for the killer of his Indian wife, and a housewife abandons her husband in order to rejoin her Apache lover's tribe.