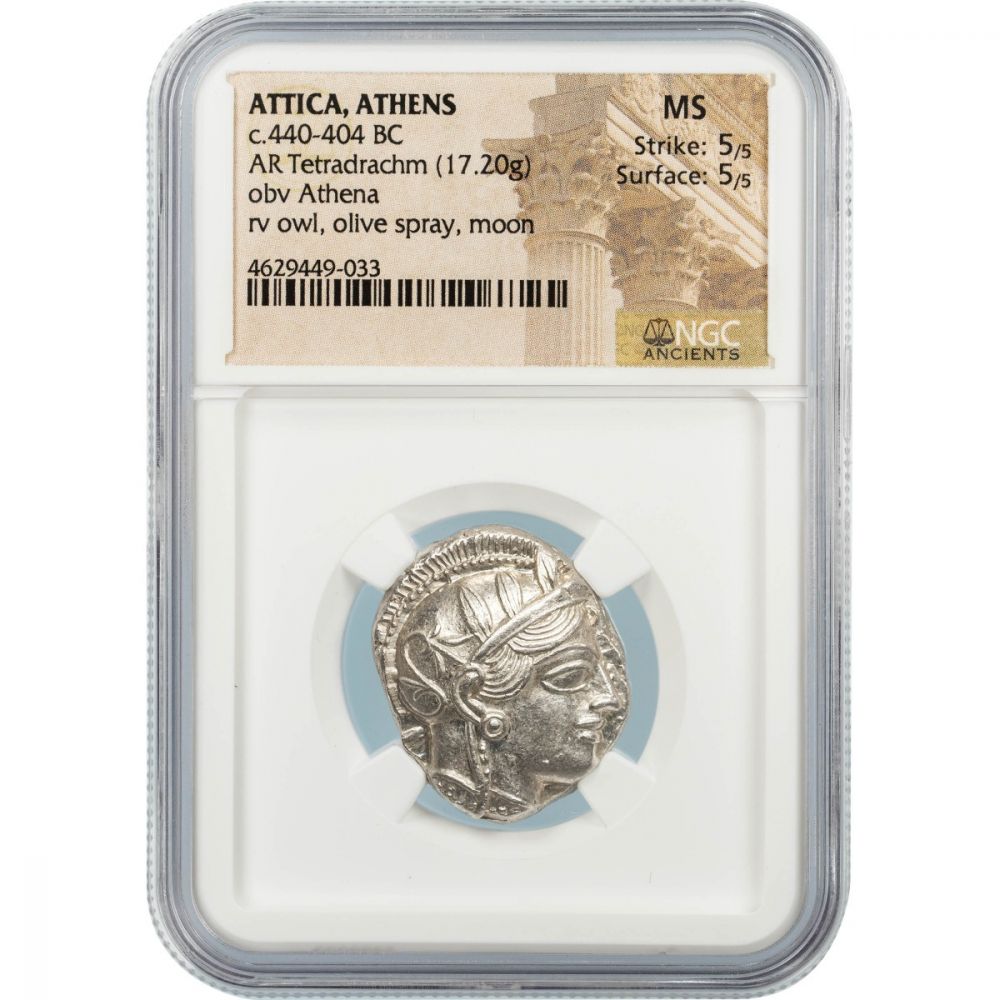 This Athenian Owl Tetradrachm example was struck over 2,400 years ago in Ancient Greece and to this day remains in Mint State condition. This Athenian Owls example is graded in Mint State (MS) which suggests it would earn an MS60 grade or higher, while earning a five out of five on both strike and surface.

With only about 1% of these hand-struck Athenian Owl Tetradrachms surviving in Mint State condition, these examples are some of the few that have been preserved in nearly pristine condition. With this historic coin you will also recieve an educational booklet, "Owls of Classical Athens" written by NGC Ancients.

The high relief design of this coin is struck onto a thick silver planchet, which was the standard of these coins in ancient times. On the obverse of this tetradrachm is a beautiful, well-struck image of the goddess of wisdom, Athena. Flip the coin over to the reverse to witness an equally as stunning image of an owl, which was known as a symbol for Athena.

The beauty of this stunning Greek coin inspired the creation of the most iconic U.S. coins, including the Saint-Gaudens Double Eagle. Theodore Roosevelt’s very own Athenian Owl Tetradrachm is considered to have been the inspiration behind his goal of redesigning United States coinage. Throughout time, the Athenian Tetradrachm has been a numismatic favorite of ancient coin collectors.