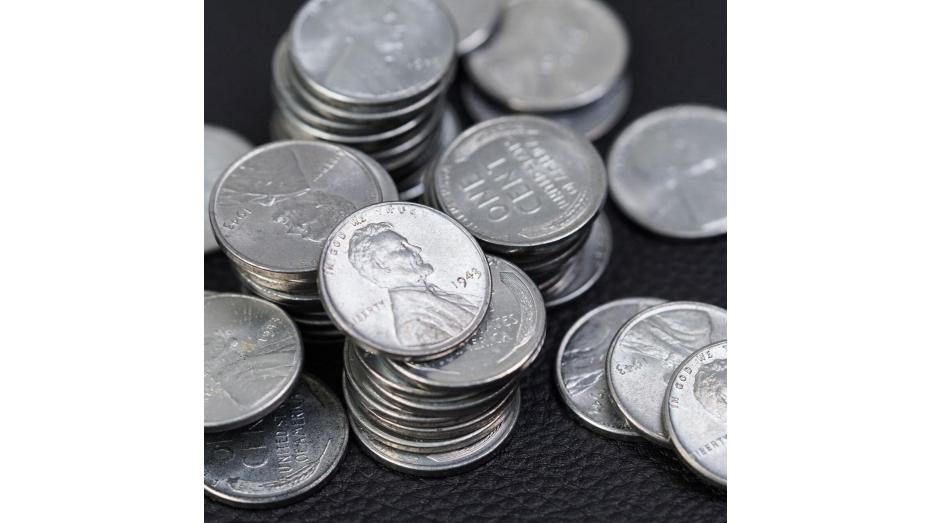 There have been numerous moments throughout United States history that have impacted the production of American coinage. One of the most prominent examples of a historic event that had a direct affect on coinage was World War II. Due to the need for strategic metals such as copper and nickel in the war effort, the composition of the Cent and Nickel had to be changed.

Many experimental compositions were explored by the United States Mint and various third-party businesses before the official composition for the World War II era coinage was chosen. Among the most famous experimental coins of World War II is the 1942 Glass Cent struck by the Blue Ridge Glass Corporation. This coin depicted the design of the Colombian Two Centavo piece, which like many U.S. coins showcased a rendition of Lady Liberty. One of the most interesting aspects of this coin is that it is translucent, making it so that the reverse design is visible through the obverse side and vice versa.

With only two known examples, one of which is broken in half, the 1942 Glass Cent is an incredibly rare piece of American history. The one fully intact example is graded Proof 64 and sold at auction for $70,500 in 2017. Although only two examples are known to exist, there isn’t any documentation of how many of these unique coins were struck.

Another example of an experimental coin struck in 1942 is the Aluminum Lincoln Cent, which was struck on a planchet that was nearly twice the thickness of a regular Lincoln Cent. Although this coin is known as the Aluminum Cent, its composition is as follows:  98% aluminum .7% silicon .6% iron .5% silver and .4% magnesium. Although these numbers add up to 100.2% and suggest there has been a rounding error, it is certain that all of these metals are included in the coin’s composition. It is important to note that the trace metals in this Cent are not impurities, rather they are an attempt to create a sturdy and durable alloy with an aluminum base.

In 2019, a man from Oregon was rummaging through his yard and located a 1943 Lincoln Cent that appeared to be a standard steel Cent. Upon putting this Cent to a magnet, the man realize that it could not have been struck from steel due to the fact that it was not attracting to the magnet. To figure out what was happening with this strange Cent, the man sent the coin to the Numismatic Guaranty Corporation. This unique Cent was found to have a composition of 86.41% tin, 8.37% antimony, 1.75% copper, and 1.02% vanadium. Since this coin exhibits heavy wear and two deep gouges, it has been graded Extremely Fine Details, Damaged by NGC.

Other notable examples of experimental cents that never went into production are the plastic Cent struck by Auburn Button Works and an impregnated paper cent struck from cotton linter and wood pulp at Colt Patent Firearms Manufacturing Company in Connecticut.

Eventually, it was decided that the 1943 Lincoln Cent would be struck from 99% Steel with a thin layer of zinc. Since steel is an easily corrodible metal, the thin layer of zinc was placed on it in order to protect the coin. In just one year, 1,093,838,670 Steel Cents were struck between the San Francisco, Denver, and Philadelphia Mints. Although this is a massive number, a large majority of these Cents have succumb to corrosion over the years. As the only Steel Cent produced in U.S. history, these World War II era coins are highly sought-after relics of our glorious country.

The Influence of Jean-Antoine Houdon: The Sculptor of Founding Fathers
Back To Top