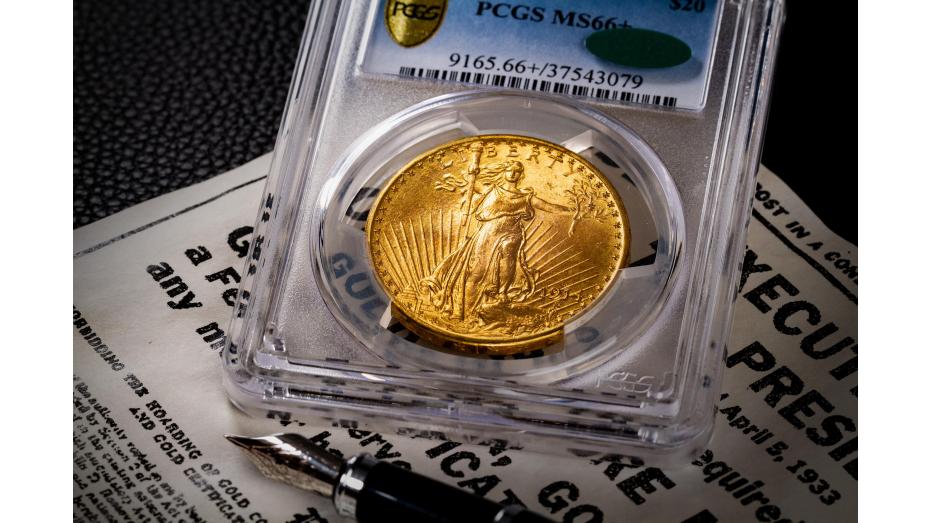 Posted in: News
By RCTV
More from this author

Just a couple of weeks ago marked one of the most significant dates in modern American numismatic history, as it was the 46th anniversary of Executive Order 11825’s implementation. Signed into law by President Gerald Ford on New Year’s Eve in 1974, E.O. 11825 rescinded restrictions on private gold ownership for American citizens.

The United States has a long and rich history of gold use, dating back to the Coinage Act of 1792. This act authorized the first U.S. mint in history, established the dollar as America’s standard unit of money, and created the denominations of coinage that would be used in our illustrious country. Three years later, the US Mint introduced its first-ever gold coin: the 1795 Capped Bust Half Eagle.

Mintage of American gold coins continued through 1933, until the nation was faced by the depths of the Great Depression. After the stock market crash of 1929, Americans lost their faith in paper money. In turn, citizens across the country began to hoard gold, removing it from circulation and further damaging the economy. To combat the hoarding of gold, President Franklin D. Roosevelt signed Executive Order 6102 on April 5, 1933. This act aimed to revive the economy by banning public ownership of gold and requiring all Americans to surrender the precious metal to be melted down.

Since the rebirth of American gold coinage in 1984, the US Mint has struck countless commemorative examples and has introduced the iconic American Gold Eagle series. This series has become a national treasure, as it has given the citizens of our country a safe way to purchase gold. Now, with over thirty-five years of modern gold production, the strong tradition of depicting American excellence through our gold coinage has been revived, thanks to Executive Order 11825.