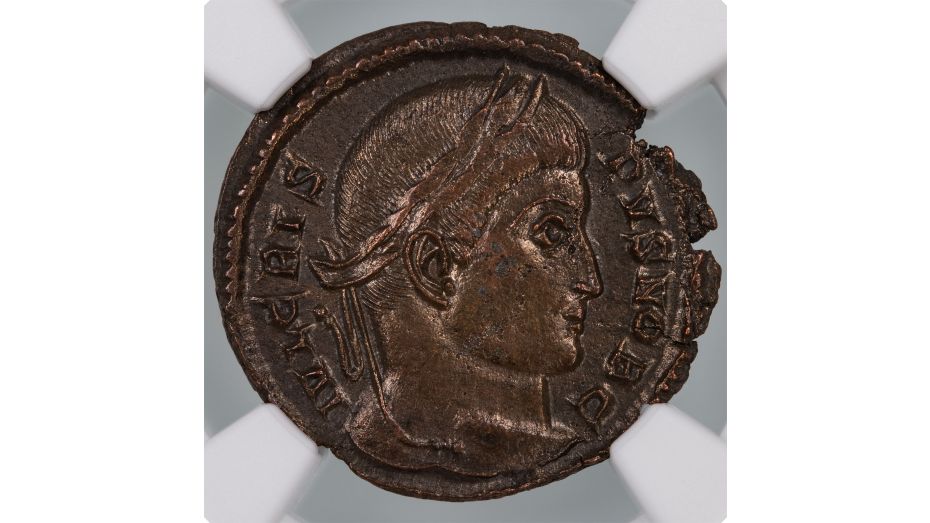 Over the past 230 years, the US Mint has vastly improved its methods of producing coins. But even the technology from 1790 was vastly different from the earliest days of coin manufacturing. Early civilizations, like the Ancient Greeks and China during the Qin Dynasty, struck coins using methods that are no longer used today for circulating currency.

In the time of 600 BC, societies like Ancient Greece would use a very simple hammer method. The blank, known as a flan, was heated up and placed on an anvil. The obverse die was placed on top of the flan and struck with a hammer, usually twice. At this time, a reverse die was not used. Instead, the reverse would take on a square-shaped indent due to the shape of the anvil that it was struck on. As these coins were hand-struck multiple times, the design would often be doubled or off-center due to human error. Despite the seemingly laborious nature of this production, an ancient mint worker could strike 100 coins every hour by themself.

Around 600 BC, coin makers in India were using the punchmark technique. These coins were made from rolled out sheets of silver that were cut to meet a certain weight. With no common shape, these coins looked nothing like current coinage. They could be any shape at all! After cutting the punchmarked “coins” out of the silver sheet, they were then struck with several marks, often haphazardly, making each example nearly unique.

From 400 BCE to about 1912, one of the most commonly used methods of coin production was the cast method, originating in China. This fast method involved a clay mold which would have molten metal poured into it. From there, the metal would harden and be broken off into separate coins. These were known as cash and exhibited an unusual structure that American coins do not. While they are round like current currency, these cash coins had a square hole in the middle of them, to facilitate carrying them on a string.

One method used in Medieval-era European countries involved using sheets of metal instead of individual planchets. This method of mintage was faster, but would sometimes lead to uneven strikes. Unscrupulous people would then cut the excess metal off of the edge of the coin design, in an act known as clipping. The clipped edge would then be melted down and reused elsewhere, lowering the value of the coin. While this practice was outlawed, mints began using the reeded edge design to stop any wrongdoers.

Cast coins, like the Chinese cash, were most common in Eastern cultures but came with a problem; they were easily counterfeited. The details on a cast coin were not as strong, which benefited scoundrels who wanted to create unofficial coinage. To counterfeit a cast coin, one would only need a copy of a mold, which is much simpler to create than carving a die. With this in mind, hammered coins were favored by Western societies.

American mints very quickly moved from the screw press to steam power. These methods were built off the idea of hammered coins but improved the process with modern technologies. Today the Philadelphia Mint is all electric, allowing it to strike one million coins an hour. From ancient Greek coins to modern marvels, Rare Collectibles TV offers a variety of some of the finest known coinage.