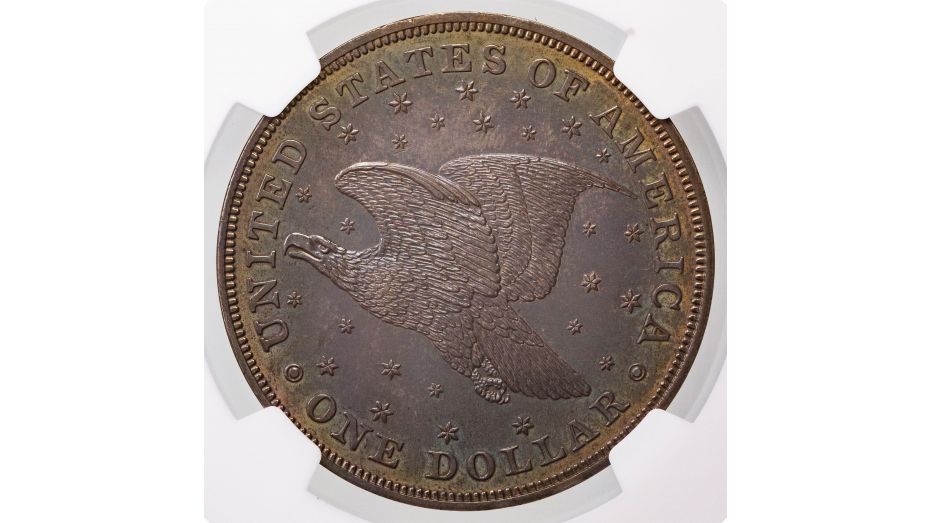 One of the earliest and most prolific designers in the history of the US Mint is Christian Gobrecht, who served as the third Chief Engraver and was responsible for placing designs on a dozen coins which lasted long beyond his tenure.

Before becoming the third Chief Engraver of the United States Mint, Christian Gobrecht apprenticed in Baltimore, Maryland as an ornamental clockwork engraver. With this experience, he moved to Philadelphia where he was employed by a banknote engraving firm called Murray, Draper, Fairman, and Company. It was while working at this firm that Gobrecht’s engraving skills were noticed by Mint Director Robert Patterson. By 1823, Gobrecht had begun doing contract work for the United States Mint.

Gobrecht declined an offer to be Assistant Mint Director, choosing to continue working in engraving while dedicating his free time to inventing. However, by the end of the year, Robert Scot, the first Chief Engraver of the United States Mint, passed away. This caused Gobrecht to apply for the position of Chief Engraver, which was instead awarded to William Kneass. Although he wasn’t able to procure the position of Chief Engraver, he continued to work with the United States Mint while maintaining an amicable relationship.

In 1835, second Chief Engraver William Kneass suffered from a stroke, which left him unable to fulfill his complete responsibilities as engraver. As a result Gobrecht was called on in order to become Kneass’ co-engraver. Only a short five years later, in 1840, William Kneass passed away, which allowed Gobrecht to finally become the third Chief Engraver of the United States Mint.

It was during the five-year span working with Kneass that Gobrecht had created his famous Gobrecht Dollar. Although the Gobrecht Dollar was only produced for three years, its legacy lived on due to its obverse design. This design depicted Lady Liberty sitting on a rock with a Liberty pole surmounted by a Phyrgian cap held in her hand. By her side is a shield with a banner that reads “LIBERTY.” This design was initially relocated to the Seated Liberty Dollar and eventually was used for the half dime, dime, quarter and half dollar as well. The reverse design depicted a flying eagle, which was later used as inspiration for the Flying Eagle Cent designed by James B. Longacre.

One of the intriguing facets of the Gobrecht Dollar is that several die alignments were used over the short period of time that it was struck. In 1836, the Original Alignment was used. Known as Die Alignment I, it can be identified by the head of Liberty on the obverse lining up directly opposite the “DO” in “DOLLAR” on the reverse with the eagle flying upward. Mint Director Robert Patterson originally wanted the eagle flying upwards “rising in flight,” as he described in a letter to the designer. This was meant to symbolize America's upward trajectory and rise to power. Four die alignments are known to exist, and it is debated whether they were struck as pattern coins or for circulation.

In 2022, Rare Collectibles TV placed an example of the Gobrecht Dollar in Proof 64 condition with a client of the Private Advisory Coin Team. Only 8 of the 1836 Gobrecht Dollars of this alignment have even been graded in PF64 condition, with just 2 graded higher.

Other notable designs by Christian Gobrecht include the Braided Hair Liberty and the Gold Coronet Head Liberty. The Braided Hair Liberty depicts liberty in braids and a coronet inscribed with the word “LIBERTY.” This design was featured on the half cent and large cent. The Gold Coronet Head design depicted a profile view of Lady Liberty also adorned with a coronet that reads “LIBERTY.” This design was used for the Quarter Eagle, Half Eagle and Eagle.

After an incredibly busy few years, Gobrecht passed away in 1844. While his time as Chief Engraver was short, Gobrecht had made his impact on US coinage. The Gobrecht Dollar is an infamous coin which went on to inspire the Flying Eagle Cent. Through our Private Advisory Coin Team, Rare Collectibles TV is able to offer these incredible coins to our clients. If you’re interested in acquiring rare, early American coins like these, simply call 1-800-778-0624 to talk to our Private Advisory Coin Team today.