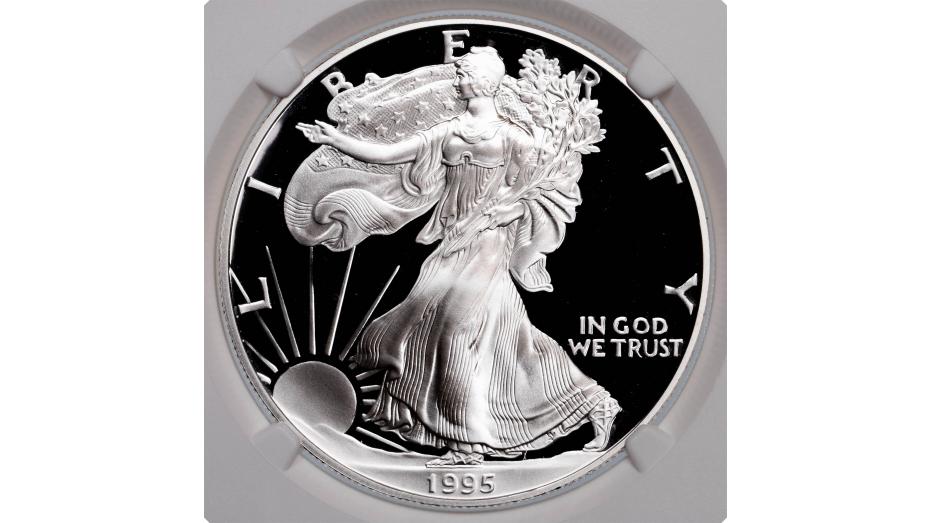 Posted in: Hall of Fame, Dollars
by RCTV 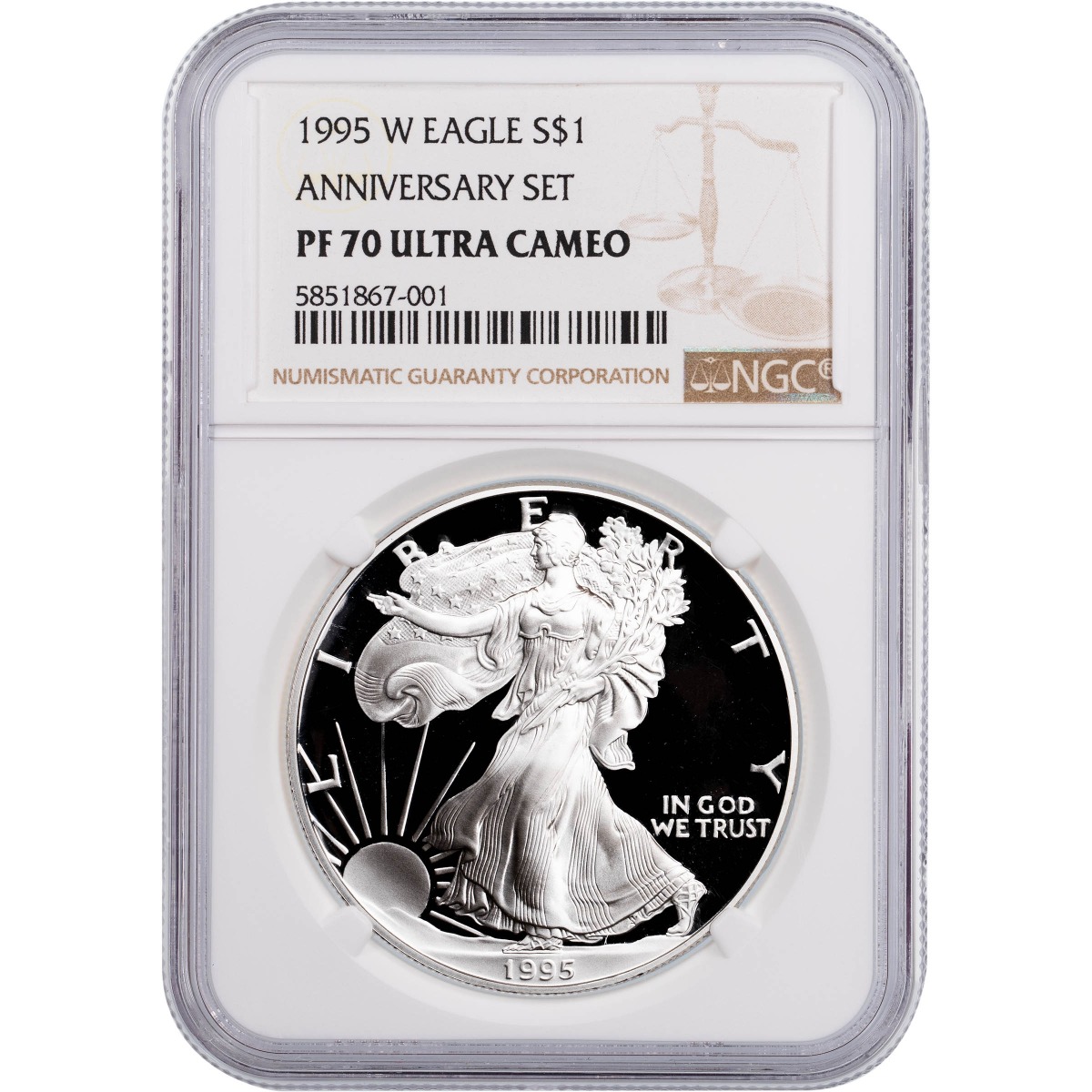 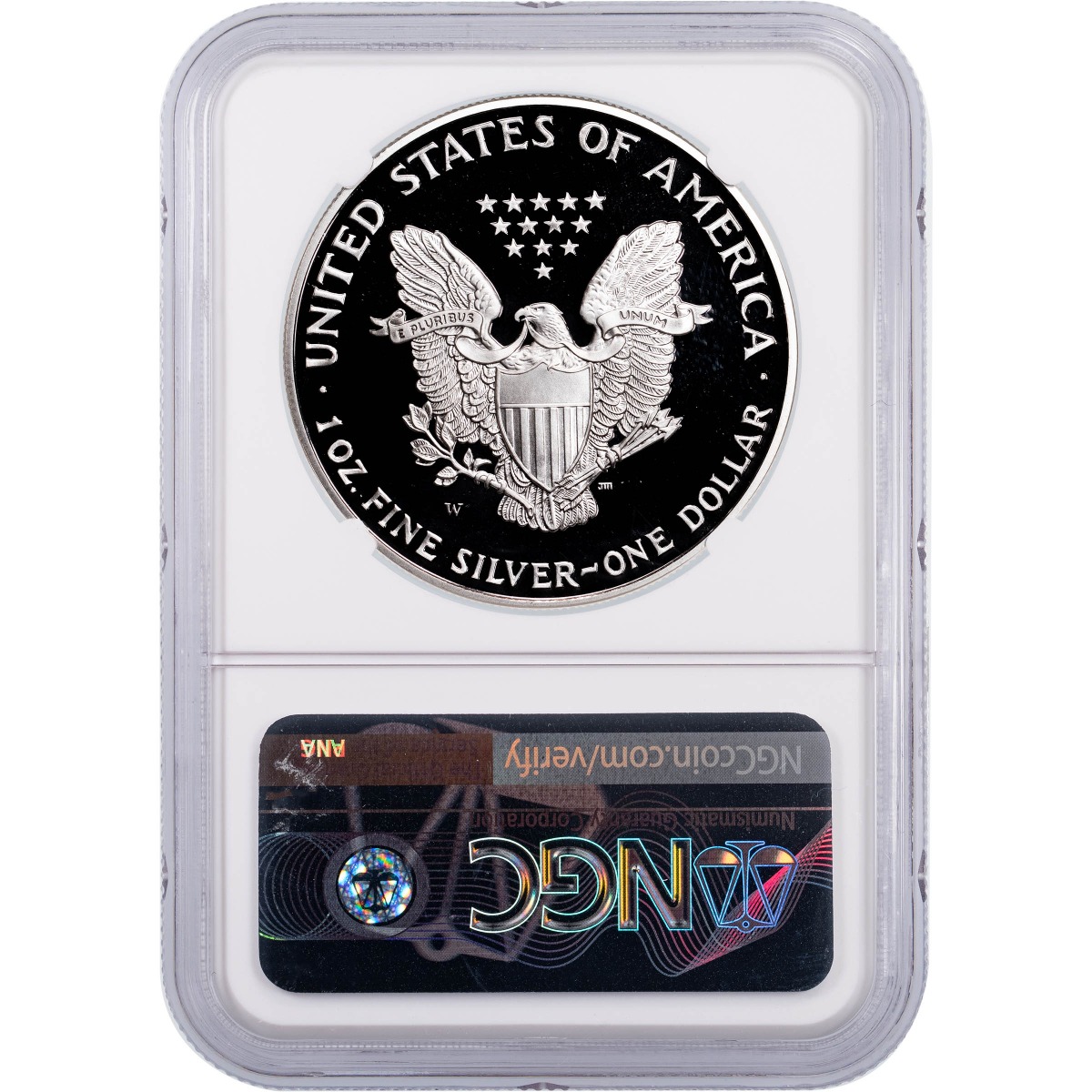 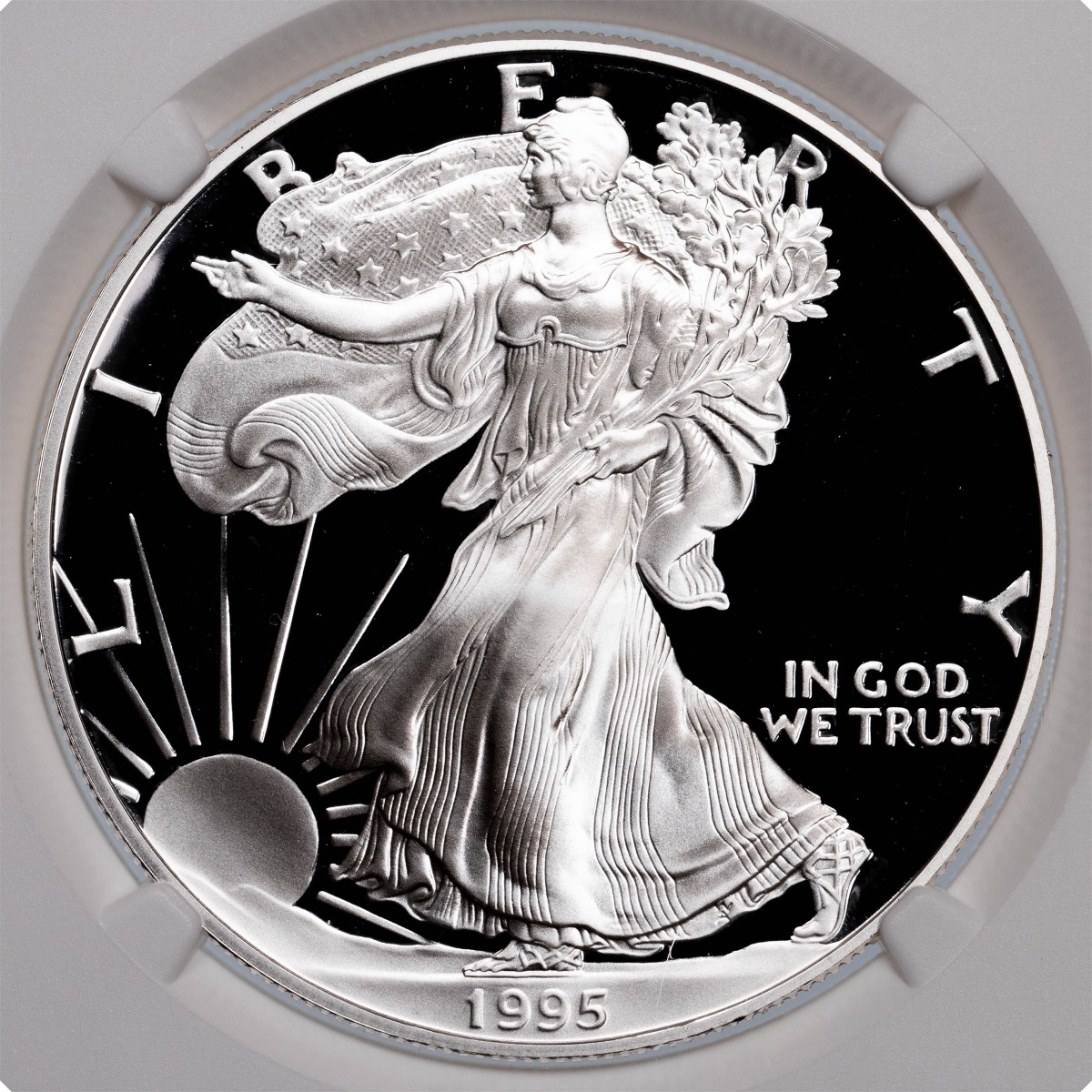 With a minuscule mintage of just 30,125 coins, the 1995-W has the second lowest mintage of the entire American Silver Eagle series. In fact, the only issue of the ASE with a lower mintage is the 2019-S Enhanced Reverse Proof, which has a mintage of 30,000 coins, just 125 coins less. What makes the 1995-W rarer and more desirable than the 2019-S Enhanced Reverse Proof is its Condition Rarity. Due to quality control issues of the time, only a minuscule 1,074 1995-W American Silver Eagles have been graded in perfect Proof 70 Ultra Cameo condition.

The incredibly low mintage of the 1995-W issue is due to the unique circumstances surrounding its availability. These coins were only available with the purchase of a special release set celebrating the 10th anniversary of the American Silver Eagle and Gold Eagle programs. These sets consisted of $5, $10, $25, and $50 Proof American Gold Eagles and were priced at $999. With the purchase of one of these sets, customers were able to opt in for a limited edition 1995-W Silver Eagle. However, the price of this five coin set was so high that many customers simply chose not to purchase it at all, ensuring only a tiny number of coins were struck. Years later, the 1995-W Silver Eagle is now far more popular and more valuable than the entire set of gold coins.

Enjoy reading about this stunning coin? For more information on this coin and others like it, call our friendly Private Advisory Team at: 1-800-778-0624