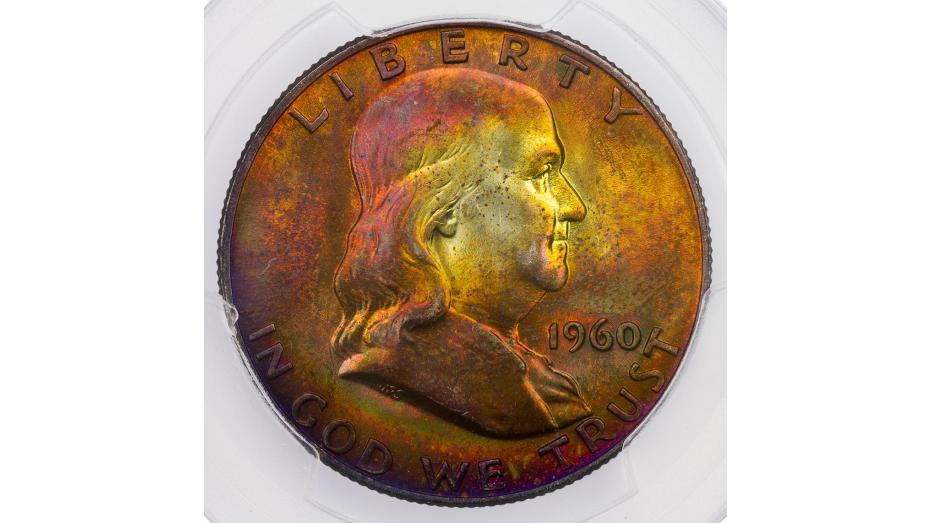 During the year 1960, the master Franklin Half Dollar die was reworked to exhibit starker contrast, sharper lines in Franklin’s hair, and a more detailed Liberty Bell than ever before. In MS64 and MS65, the 1960-D Franklin Half Dollar is elusive, but still manageable to find. A Mint State 66 FBL example of the 1960-D such as this one, however, is outright difficult to come across. With only 48 examples graded by PCGS and 3 graded by NGC with only one graded higher in MS67, the 60-D Franklin Dollar is a true rarity in the series. To tie it all together, Rick Tomaska has personally viewed this coin and deemed it worthy of his Everest Seal of Approval. This illustrious seal is given to the few coins of a year and grade that Rick believes to exhibit the highest quality eye appeal. This stunning Franklin was placed with a satisfied client by Rare Collectibles TV’s Private Advisory Coin Team. 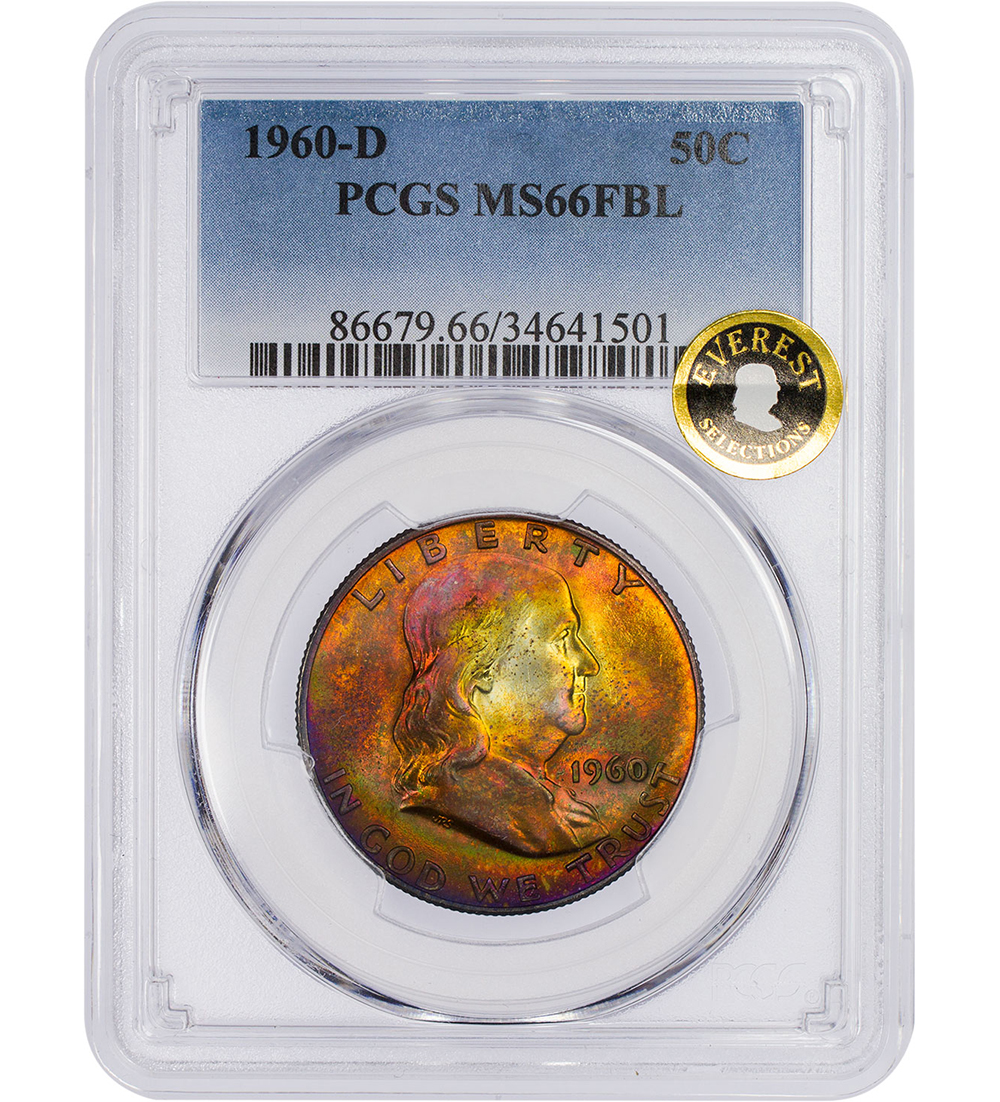 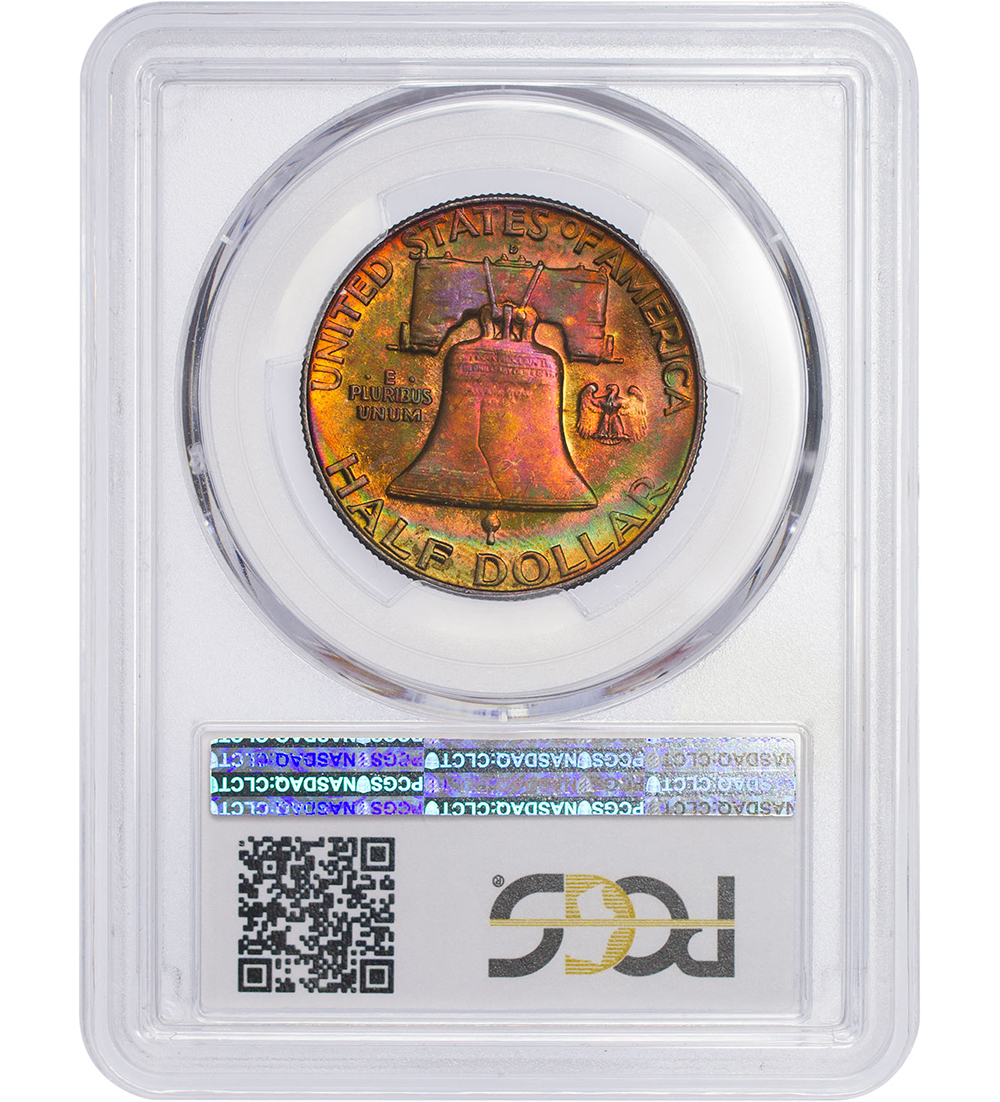 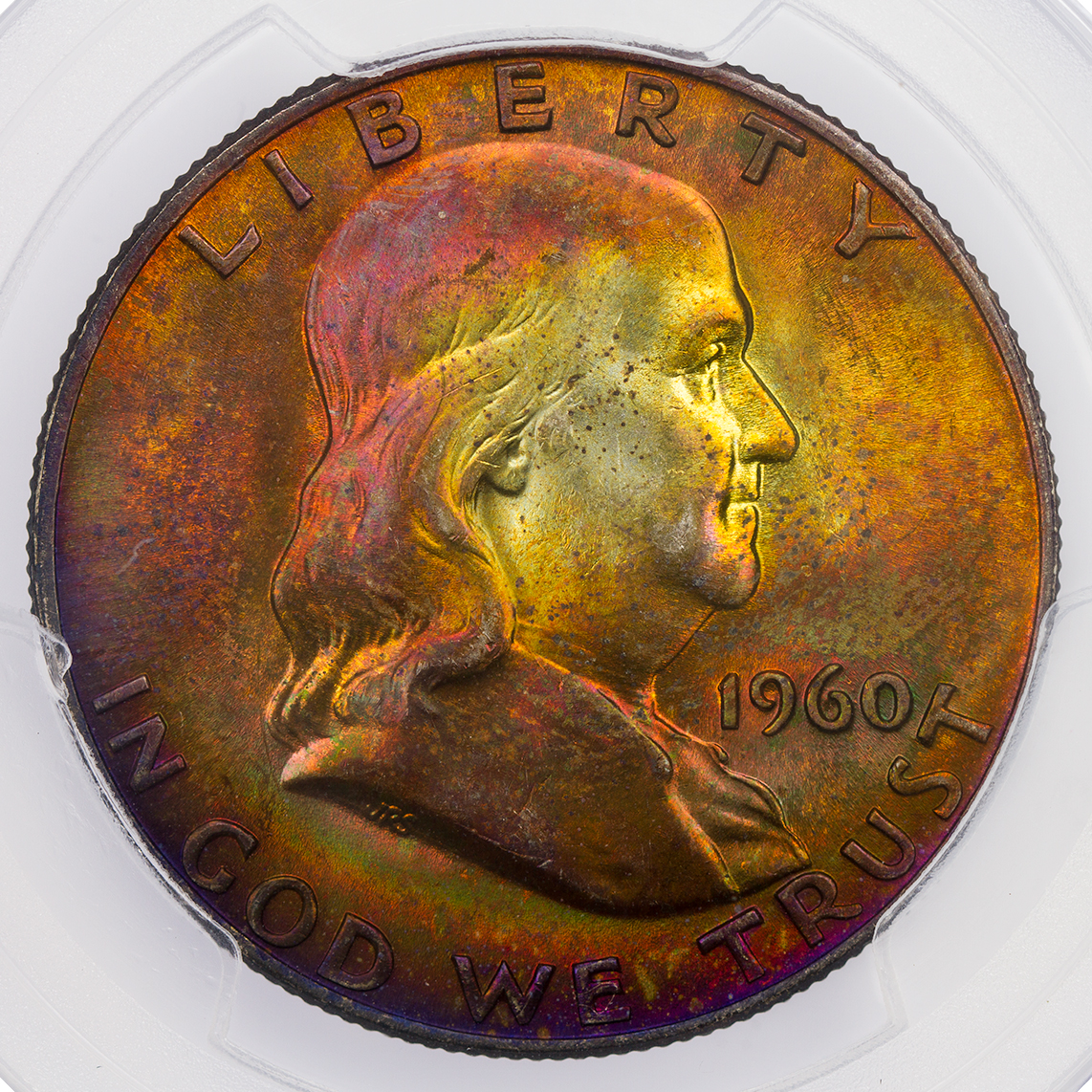 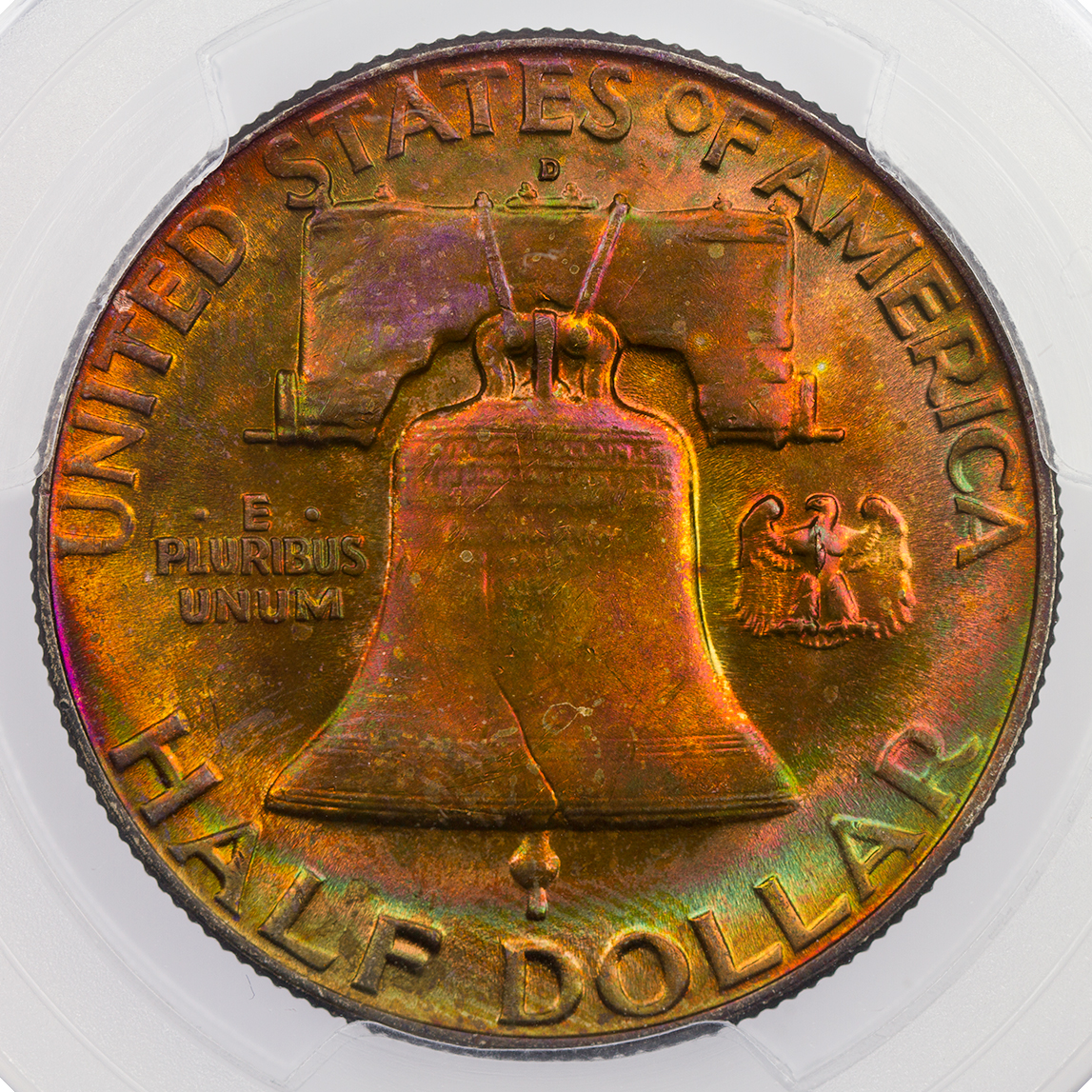