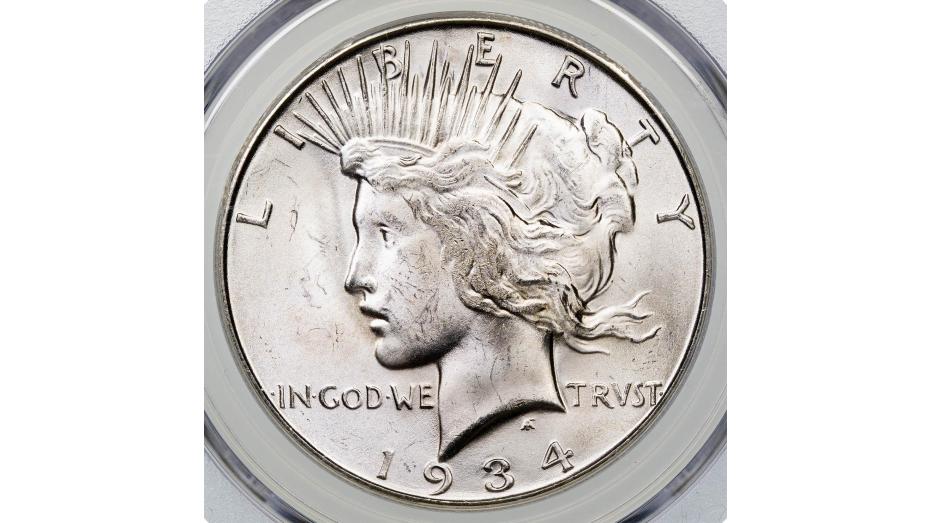 Posted in: Hall of Fame, Dollars
by RCTV

Just looking at the mintage of 1,011,000 coins, the 1934-S doesn’t immediately come across as a key date. In fact, many collectors in the 1930s and 1940s wrote this issue off as a relatively common coin due to its high mintage. As a result, no hoards of the 1934-S Peace Dollar were ever established by dealers or collectors. Additionally, the U.S. Mint released all of the 1934-S Peace Dollar issue for circulation. With the mass circulation of these coins and the lack of hoards being established, a vast majority of the 1934-S issue was exposed to heavy wear throughout the decades. Thus, the 1934-S became the numismatic rarity that it is today.