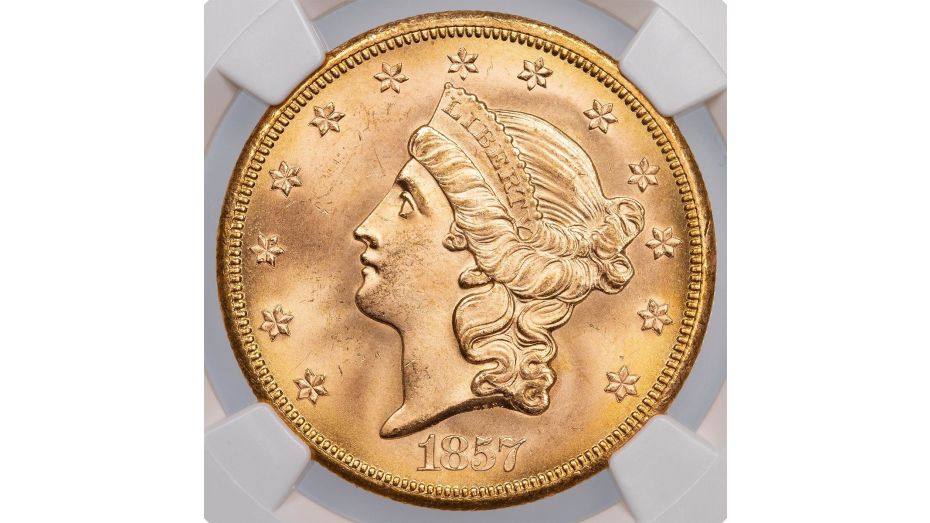 Posted in: Hall of Fame, Liberty Head
by RCTV

In 1857, the S.S. Central America set sail from Havana to New York with 30,000 pounds of gold that came directly from the epicenter of the California Gold Rush in northern California. By September 9, 1857 this ship was met by a Category 2 hurricane off the coast of the Carolinas. Bombarded by winds of up to 105 MPH, the S.S. Central America succumbed to the hurricane on September 12. Over a century later, in 1988, a sizeable sum of gold that was lost aboard the S.S. Central America was discovered at the bottom of the ocean. This 1857-S Liberty Head Gold Double Eagle is one of only 22 coins that were recovered from the S.S. Central America and have been graded in Mint State 67 condition. Just 5 other coins of this issue have been graded higher and each of them also came from this astounding shipwreck. With a miraculous shipwreck pedigree and so few graded higher, this coin is not only an Absolute and Condition Rarity, it is also among the finest known of the issue.