1954 Franklin Half Dollar NGC PF68 UCAM We the People Label

1954 Franklin Half Dollar NGC PF68 UCAM We the People Label

It is important to be knowledgeable regarding the registry value of these Franklin half dollars in CAMEO and ULTRA CAMEO condition!

The tables below say it all.

FOR THE FINEST SET.

Though it does not have a top die number from my book, this is one of the few cameo Franklin dies that were as yet undiscovered at the time my first book went to print.

I would be thrilled to offer a signed copy of “Cameo And Brilliant Proof Coinage Of The 1950 to 1970 Era” to the proud owner of this magnificent 1954.

The cameo contrast and eye-appeal of this 1954 is second to none!

You will NOT find a more stunning cameo 1954 Franklin. 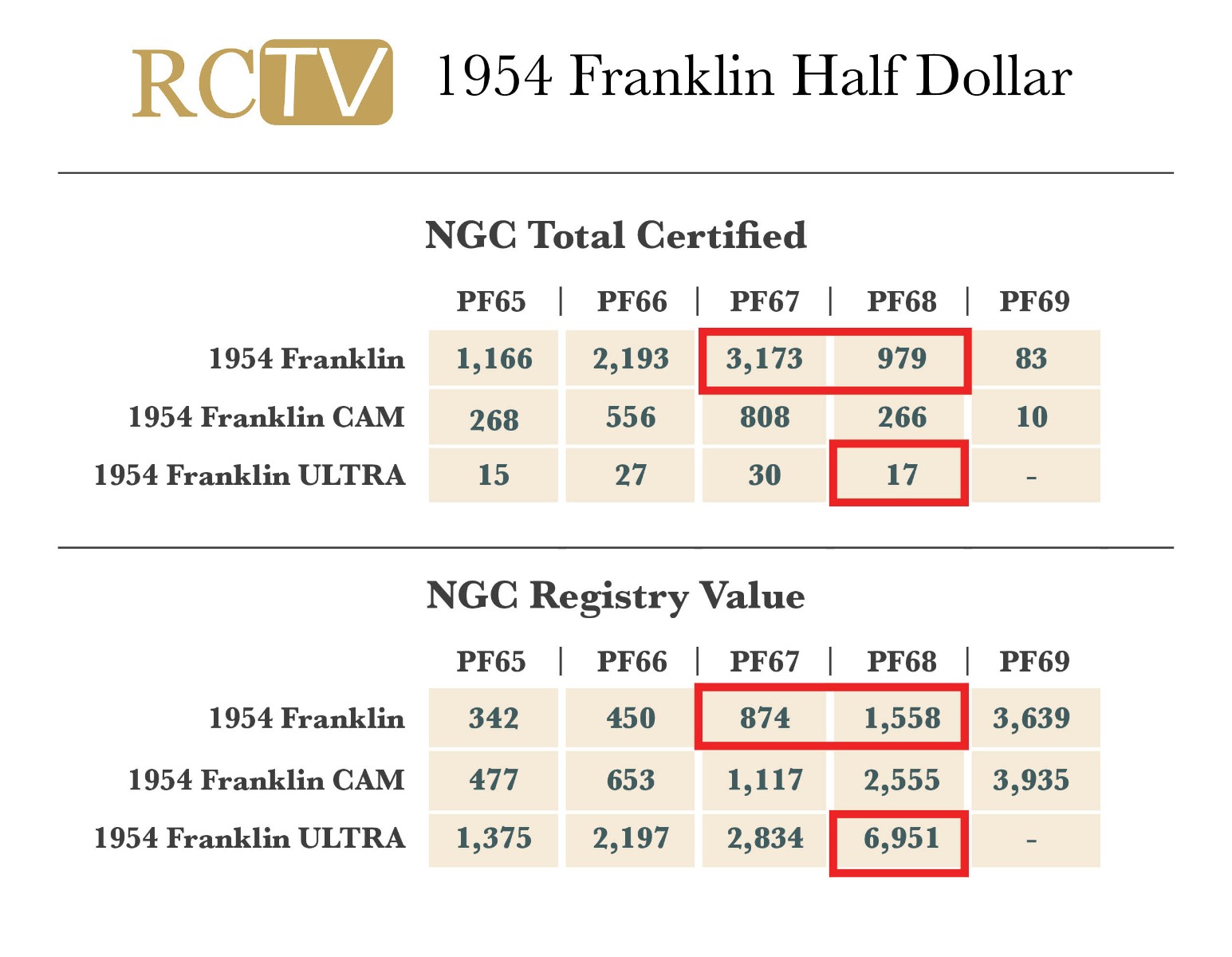