To be perfectly clear, if you goal is to build a TOP proof Franklin collection, you would acquire this coin, and not a non-cameo PF 68 or PF 69.

Briefly, there is one 1951 certified in PF 69. It receives 8,428 registry points.A generic 1951 PF 67 PLUS STAR ULTRA CAMEO receives 10,503 registry points.This ULTIMATE, earliest strike 1951 off the biggest 1951 cameo die in existence, Die 6 in “Cameo And Brilliant Proof Coinage Of The 1950 to 1970 Era” receives 10,841 registry points!An example off this top die is featured on the jacket of my first book – it is so deep, so cameo…..and so rare!However, as magnificent as the example on the jacket of my book is off that top die 6, it pales in comparison to this coin!The example pictured on the jacket graded PF 65 ULTRA CAMEO!If you want to own among the most magnificent early Franklins in existence in the most extraordinary cameo condition, this coin is a must buy.A bonus for any collector who buys a proof Franklin struck from a top die recognized by NGC on the holder, will get one of the few remaining copies of my first book (signed by me if you wish!), so you will actually have book in hand, to compare the picture of the 1951 Franklin off die #6 in the book to the sensational 1951 you have purchased.BTW – a generic 1951 NGC PF 67+ ULTRA CAMEO is valued at $70,000 in the NGC Price Guide.This coin is a hand signed Signature Series, PF 67 PLUS STAR ULTRA CAMEO, for $65,000!

And you will note it also receives additional point value on the NGC Registry – highlighted in the registry table below.

I simply got a GREAT deal on this coin, and am passing my good fortune on to you today!! 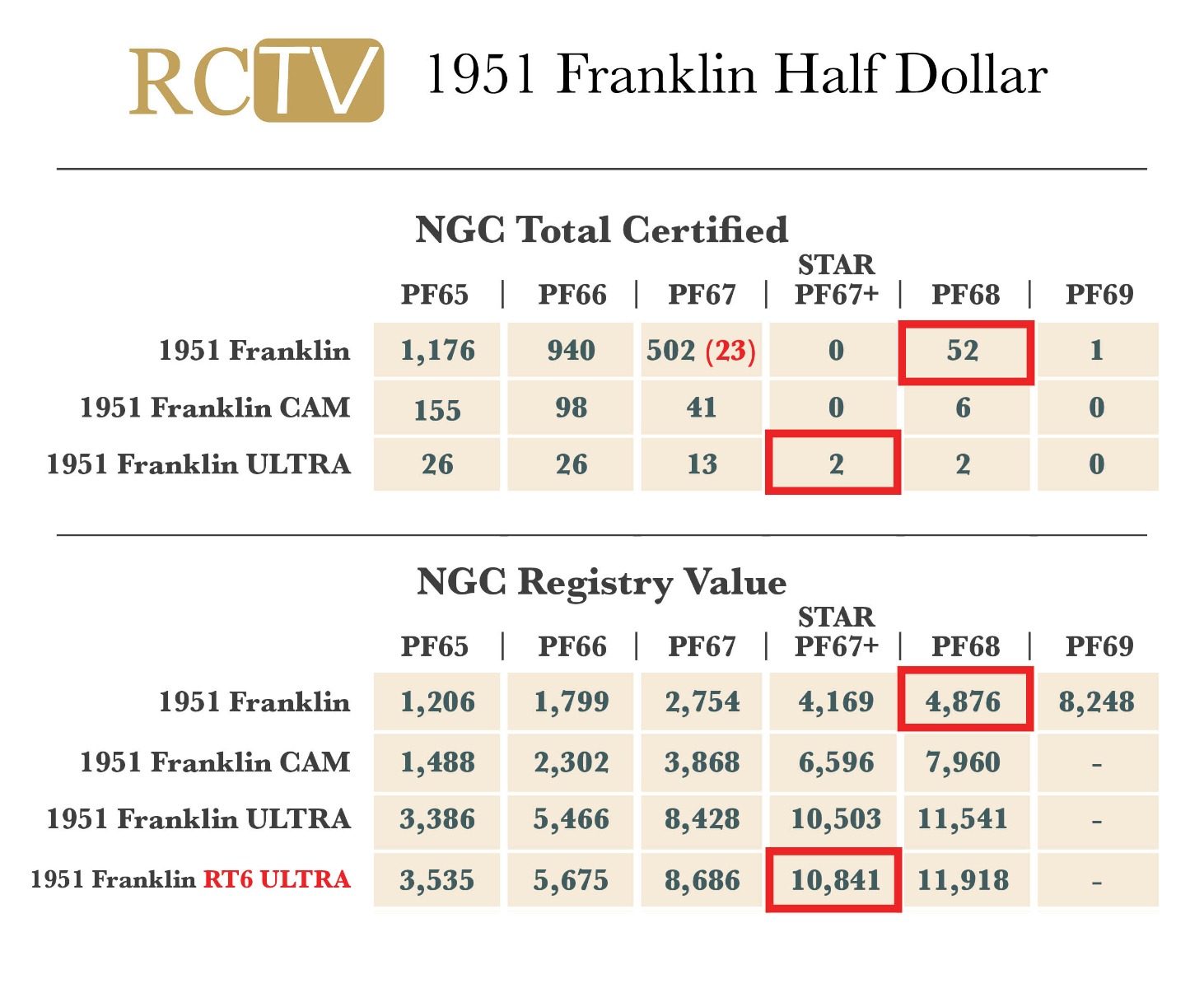